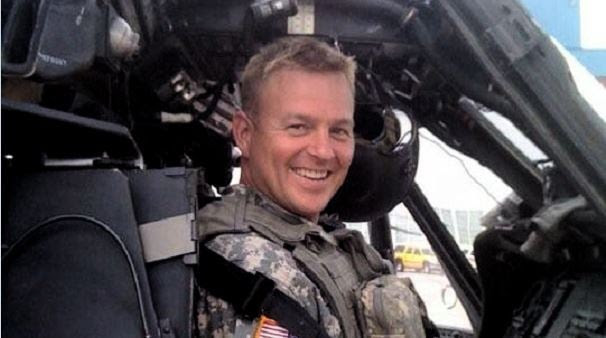 At a dance for his unit, a U.S. Army officer sees two lesbian subordinate officers engaged in a French-kissing “make-out” session described by a witness as “full-blown … grabbing each other on the butt, stuff like that.”

Mindful of regulations restricting public displays of affection, he tells the two women to tone it down.
Not wanting such behavior posted online, he waves off several people making videos and pushes down one man’s camera, which bumps his nose.

The new military’s reaction? Convict the decorated officer of violating the military’s policy welcoming openly homosexual members and remove him from the service.

In response, he’s filed a federal lawsuit against the service charging violations of his constitutional rights. He claims the decision to dismiss him was influenced by the military’s desire for a highly visible mark of its success integrating homosexual behavior in the ranks.

The complaint was filed by the Thomas More Law Center on behalf of Lt. Col. Christopher Downey.
“Gen. George Patton, who once wrote about the requirement of ‘loyalty from the bottom to the top,’ stated ‘loyalty from the top down is even more necessary,’” Thomas More said in a statement. “LTC Downey gave his all to the Army and to the country he loves, yet the Army he so loyally served threw him under the bus merely to avoid negative press from the homosexual community.”

The legal group said America “is set to lose one of its exceptional combat leaders due to an unjust application of the Army’s policy regarding repeal of Don’t Ask Don’t Tell.”

“Our lawsuit is an attempt to correct this injustice to Chris Downey and our nation.”

The military told Downey this week he was being considered for early retirement.

The incident took place at a formal military ball when a female captain and a female lieutenant, both in uniform on the dance floor, “engaged in prolonged French kissing, taking off each other’s uniform jackets, and other intimate conduct.”

That kind of conduct - PDA - in uniform - in public - between different ranks - is unacceptable on any level of military regulation, order and discipline regardless what genders are involved. It's common sense - and until common sense is legislated, made law, you'll always find a case like this with other air-heads rallying around the "victim" (of their own stupidity). This was bound to happen. Hagel, like his POTUS, should not have any problem by inserting himself and do the right thing and save this Soldier. Apparently, Gen Milley is a spineless weasal whose looking out for #1 and bucking for another star. As LTC Slade (Scent of a Woman) said; "This is a crock of s--t. What kind of show are you puttin' on here?" As a retired Army officer, I am embarassed and appalled as the Army would eat it's own in this matter.

I agree that Hagel or obama SHOULD step in, but will they? I'm betting not.

Yeah, I get prouder and prouder of my government every single day.

Thought for the day:

"Apathy, mislabeled as 'tolerance,' is the last virtue of a dying society."

PDAs have always been verbotten for heterosexual couples. I guess there's an exception to policy for homosexuals.

Yes - we have laws and morals that have been in existence for decades. Unfortunately, we now live in a society that "enforces by exception" - that really bothers me. As you stated, folks with common sense and decorium are the radicals or exceptions. Tolerance is supposed to give a sense of compromise for the common good and polite society. It is given, not a right. It has been determined that forced tolerance is now a "right" entitled to the supposedly offended. However, if I do not want to tolerate you, that is my right and I will leave your area. Today, even though I leave your area, you persue me and demand I tolerate you as you invade my personal space and yell at me, calling me a racist. I will then yell back at you so hard it feel like my fist pounding your face. Tolerate that! (Geez, I'm grumpy without my coffee.)

People, you are using the classic "single standard" fallacy.

Perhaps if equality were a goal we could use a single standard, but it's not so double standards it is!