It means what it says... 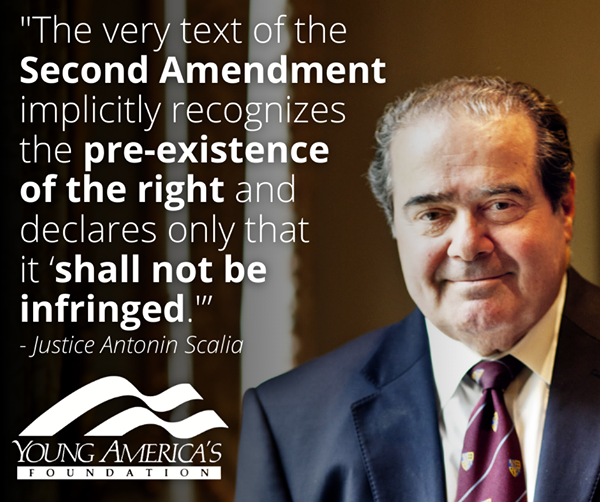 I hear the terms "reasonable" and "common sense" thrown around a lot by people who want to create laws, rules, and regulations that infringe upon our Second Amendment rights.

I hear it so often that I had to go look it up.  Again.

Nowhere in our Constitution or the BOR, nor in any original writings, do I see where our Founders used the terms "reasonable" or "common sense" in regards to anything.

Why do you suppose that is?

First, I suspect that words like "reasonable" and "common sense" were left out of the Constitution and other such documents because the terms are subjective.  The Constitution, BOR, Declaration of Independence, etc, are not subjective documents and were not created to be interpreted as such.

Second, I suspect that the Authors would never have considered using such terms as "reasonable" and "common sense"  when writing the road map to our future because they believed in their hearts that it was perfectly obvious that the future they were creating was based on reason and common sense.  They were simply recognizing the will of the Creator and the great potential for shenanigans by people empowered to govern.  (I can't help wondering if they ever considered that so many of those being governed could be so stupid?)

"It means what it says and it says what it means."  ~~~Justice Antonin Scalia

I suppose that the courts will spend the next several years interpreting the "meaning" and the "definition" of the term infringe...  Once they figure out what the founders meant, they will define the term to mean what they want it to mean.  ;)

Some thoughts about Justice Scalia

If the AR platform rifles are considered'weapons of war', does this mean that Congress collection of 5,000 individuals armed with them to protect Congress are at war with the citizens of the U.S.A. ?

I like Scalia's opinion - simple to understand. The term 'Shall Not' is very hard to mis-interpret but the Anti 2A are doing their best.

I believe that the "Display of Power" currently taking place in DC is probably not legal. It is a political display and an abuse of power by the Democrats in Congress that is likely supported by their colleagues in the Senate.

Are they at war with the citizens of the USA? That's is a good question that would probably garner a lot of different responses. They certainly give the appearance of being at war. Or of preparing for war.

Hopefully we will see some "Scalia-like" opinions from Coney Barrett, Gorsuch, Kavanaugh, and Thomas.

The commie left and their accomplices know EXACTLY what the Second Amendment says and means. They simply DO NOT CARE. Just as they doy give a rats ass about ANYTHING in the Constitution that interferes with their agenda. Theynhave only one rule.....WIN.
Nothing else matters, they won't allow anyone or anything to stop them. If they are to be stopped We The People will have to stop them and we will have to do so "with prejudice"..... permanently. As long as a leftist is capable of converting oxygen into CO2 they will NEVER cease trying to take away our freedoms.