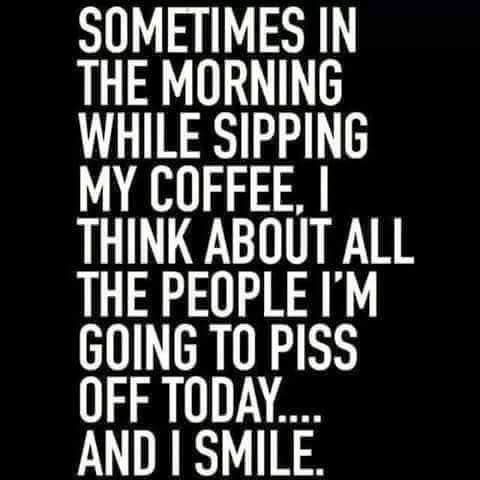 A long Sebastian Junger interview.  I think he hits the nail on the head.  Read it.  Digest it.  Understand it.  Talk about it.

“I think this is probably the first society in history that actively discourages an intelligent conversation about what manhood should require of men,”

We spend so much time trying to prove that men and women are exactly the same that we fail to realize that we are different.

I suspect that the false narrative that we have created about "equality" between the sexes is a very large part of the reason for the downfall of America today.

We don't know or understand what "equality" is.  We have miserably failed in defining it.  It is a moving target that we will never hit because we don't really know what we want.  We have eliminated absolutes from our world because they are inconvenient and we do not want to be held to anything.  We are destroying ourselves...
Posted by Blue at 08:45 5 comments:

An old hippie once said... 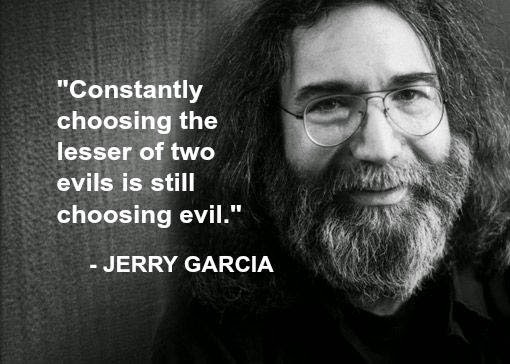 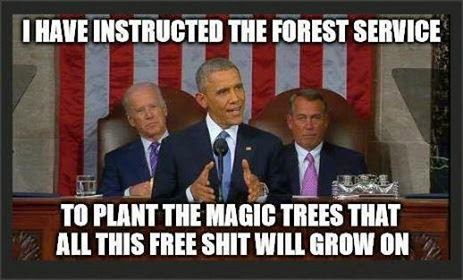 "Mankind is divided into rich and poor, into property owners and exploited; and to abstract oneself from this fundamental division and from the antagonism between poor and rich means abstracting oneself from fundamental facts."

That Bowe Bergdahl is finally being charged with desertion.  Will it stick?  Maybe.  Will obama "pardon" him?  Probably.  He did trade 5 of Al Qaeda's worst for him, after all...  Don't want to screw up the narrative, ya know.  :) 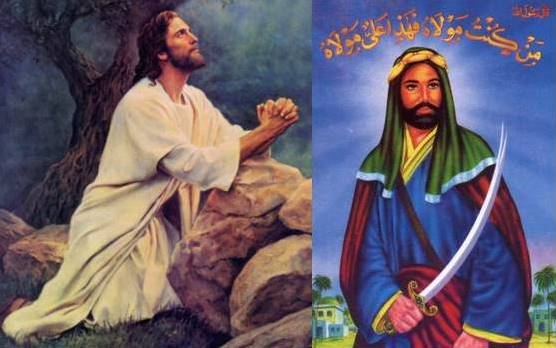 Excerpts from an article:

Jesus did not create the Inquisition.  Mohammad did create the Jihad.

Jesus’ teachings were 100% the peaceful worship of God and loving thy neighbor, while Mohammad’s teachings were warped, not by others, but by himself to make Islam a religion of war and vengeance.  Where it was Christians who destroyed the Inquisition in the 1600s, Moslems have embraced the Jihad since its inception.  Leftist belief that it is “moderate Muslims” who must confront and eliminate Jihadi Mujahideen (Holy warriors waging Holy war) are fooling themselves via their ignorance of Islam as taught by Mohammad.

Jihad is the foundation of Islam and does not begin with “inner struggle.”  Mohammad waged Jihad against the tribal leaders of Mecca when they refused to acknowledge him as the spiritual leader of the city.  The Left is all about moral equivalencies and confustication of the truth by claiming that Jihadi terrorists are a tiny minority who are “radicals” and “extremists” not supported by the majority when they are, in fact, fundamentalists following the teachings of Mohammad.  Mohammad waged Jihad on Mecca and on people of Medina who spoke out against him and his violent teachings, not because they persecuted him, but because they refused to bow to him.

“Allah is our objective; the Qur’an is the Constitution; the Prophet is our leader; jihad is our way; death for the sake of Allah is our wish.” – Muslim Brotherhood motto

American ignorance of Islam is profound.  When people like former President Carter say things like, if people study Islam they will learn it is a great religion, prove that the American Left wallows in ignorance.  No Christian would call an anti-Christian religion great and suggest people learn that it is great.  People of good morals had better learn the truth about Islam before they, too, are seduced by the Dark Side.

The entire article can be found here.  It is long, with several links to sources, but worth the read.  Grab your coffee and sit back and enjoy.
Posted by Blue at 07:50 4 comments:

Recommended by a friend...

Nobody bats an eye...

To keep them in control was not difficult...

Thought it was interesting.  Is obama being a bitch over the whole Netanyahu affair?   I'm not a John Boehner fan but I do have to admit that I like the poke to obama's eye...

Ahhh well...  Tell me how evil Israel is and how they kill Americans to draw us into their battles.  ;)
Posted by Blue at 19:37 6 comments: 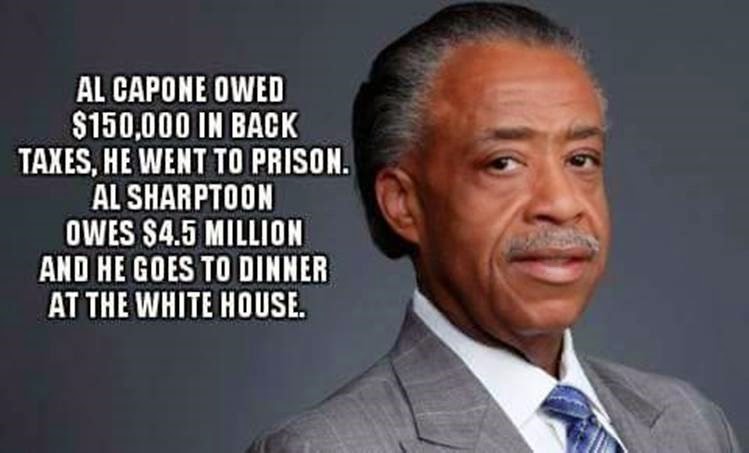 What scares me is that I think we are serious about this...
Posted by Blue at 09:56 5 comments:

...and then we got Johnson and America started it's slide into Socialism in a serious way.  Every administration since has added to the decline.

If every human being is born an individual sovereign entity, blessed with the ability to live his life as he sees fit, should other human beings be able to band together and create laws that he may not agree with and force him to be his brother's keeper?  Shouldn't he be able to do that of his own free will, if he so desires?  Or not do it if that is his wish?

Yes, I know it started with others before LBJ.  Starts and stops, sputters and bursts...  Serious in mind but not in action.  Not on the scale of America after The Great Society.  Johnson just added the fuel to the fire that made sure that the minorities (and malcontents) knew that they were some kind of special.  That they were "owed".  They believed that shit, ya know...  Still do.  Johnson guaranteed that the idea of "equality" became a forever unattainable reality in America.  It has been out of control ever since.  The billions and billions, no, trillions of dollars squandered on free shit for people who cannot, or will not, appreciate it.  And it wasn't done with a pure heart.  It was done with a heart full of malice in order to guarantee a perpetual supply of uneducated voters to keep Democrats in office for the rest of time...

Democrats and Republicans today are one in the same.  They are owned by the same masters.  And Americans are afraid to vote for a second party.

I wonder if we will allow ourselves to be quietly herded into the cattle cars of the New Amerikan Socialism, never resisting what we know absolutely to be profoundly wrong?

What gives any other being the right to tell me what to do with my life, my family, my property?

Remember this the next time you hear someone say... "Don't blame all ______ because of a few bad apples."

They are a religion of peace as long as you submit to Sharia law...
Posted by Blue at 13:05 No comments:

The religion of peace... Moderate Muslims must step up and speak out...

Not 100% sure whether it is dysfunctional or not.  I'm pretty sure that our priorities are misplaced, though...


I may be wrong, but I cannot recall ever hearing a Muslim condemn another Muslim for radical murderous behavior.
Posted by Blue at 20:28 7 comments:

Lets start this year off right...

~~~~~~
This is good.  Liberals will deny it because it makes too much sense.  They will, of course, claim that a fetus can be homosexual.   I think they make shit up.

Still better than being called a Liberal... 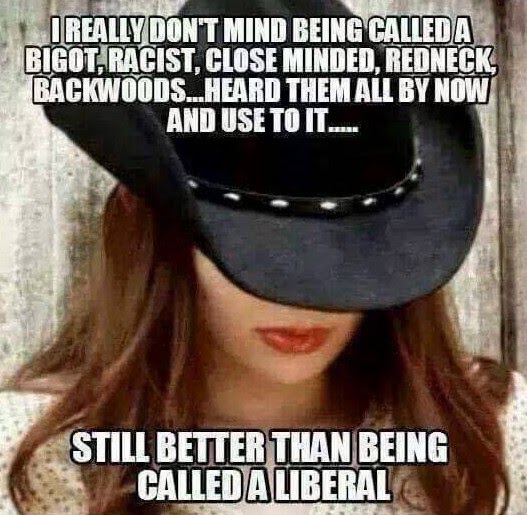 ~~~~~~
Notice that the artist used the white king and queen?  Does that have some subliminal significance?

Keep your heads on straight and stay safe.
Posted by Blue at 10:48 1 comment: