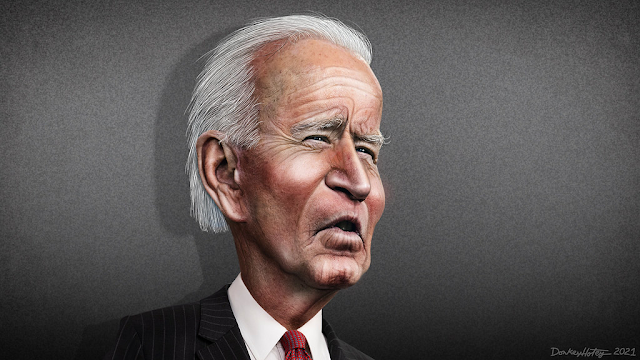 Biden gets to nominate a new Justice to SCOTUS.  Big deal.  It's what Presidents do.

The Democrats succeeded in getting Breyer to retire for the good of the Party Court. They failed when attempting the same thing with Ginsburg, which handed the Conservatives a super majority on the Court after she died. (How did we ever get to the point that ideology is the primary qualifying condition for confirmation of a Justice?)

And 'ol Joe gets to nominate her under the conditions that Republicans put in place when President Trump had a slim majority in the Senate but didn't have the votes he needed to move forward with his (highly qualified) nominees...

I simply hope that whomever 'ol Joe nominates is well qualified and that she can be confirmed quickly, with bipartisan support.

Because I believe that if Republicans go along quietly to confirm a qualified candidate, Joe loses the yuge victory that he would otherwise "win" with a 51 - 50 "hard fought" party line vote.  It becomes less political, less about race, less about gender when both sides agree...  It takes the wind out of the Democrat's (divisive, racist, alt gender-centric) sails and it takes the media out of the selection and confirmation process (as well as out of creating a yuge victory for the Democrats and 'ol Joe).  Please don't tell me that you believe the media wouldn't try to influence this process.  Please.

Any pushback by Republicans will be futile.  It will look like sour grapes.  There is nothing they can do to prevent President Biden's nominee being confirmed.  This is a golden opportunity for Republicans to rise above the fray and come out better for it...

There is nothing controversial about this upcoming nomination.  Nothing.  Let's not make it so.

The caveat, of course, is that if Kamala Harris, Michelle Obama, or Hillary Clinton become the nominee... lol, well, then the Republicans need to fight like hell.  I would hope that those folks would fail to garner total Democrat support in the Senate and would, therefore, not be considered... ;)  (I know Hillary isn't Black, but her husband is ;) )

Time to stop the stupid and to start moving forward.

Perhaps the answers are in Biden's tea leaves.

How about checking to see if breyer got a new summer home ,kind of like bernie. Also , how can he wait until the communists in congress ok his replacement before he quits? The position isn't open until he quits. If he doesn't like the replacement , then he doesn't quit?

I don't know, Wayne. I suppose that is possible. He's 83. I think maybe he was simply pressured to retire "for the Cause". I don't see replacing him as a big deal. The best we can hope for is that Conservative Justices retire while a Conservative administration is in power, and that they are replaced with other Conservative Justices.

I appreciate that you recognize the folks in Congress as Communists. There are no more Liberals. Very few, anyway. Being Liberal use to be somewhat honorable. They are simply Leftists now. Communists. The folks who try to strike fear into the hearts of the Right by claiming "Socialism" are simply out of touch. Or under-educated. Or something. Socialism came into this country in a big way with FDR. We have become a bit more Socialist with every subsequent administration. FDR and LBJ were the biggies... The Leftists are Communists, whether they recognize it or not. ;)