What did you think was going to happen...?

The Party of Hate is collapsing upon itself.  For 8 years you were a racist, sexist, misogynist, homophobe if you failed to believe in obama and the Party.  It was mean and it was ugly.  Then, for the next 4 years you were a Trumpster or a Trumpette or any of a slew of derogatory terms if you voted for or supported tRump, tRumpf, etc.  The maturity of the Democrats with their anti-Trump name calling was out of this world.

Anyway, it sounds like their hatred is coming home to roost.  Grab some popcorn and sit back to watch the Democrat Party collapse upon itself... 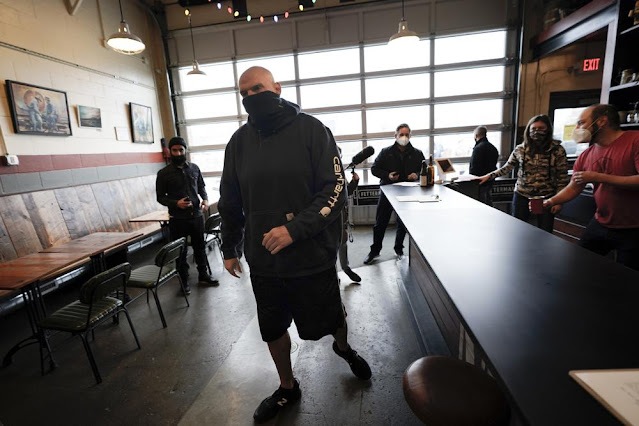 SMETHPORT, Pa. (AP) — Some Democrats here in rural Pennsylvania are afraid to tell you they’re Democrats.

The party’s brand is so toxic in the small towns 100 miles northeast of Pittsburgh that some liberals have removed bumper stickers and yard signs and refuse to acknowledge their party affiliation publicly. These Democrats are used to being outnumbered by the local Republican majority, but as their numbers continue to dwindle, the few that remain are feeling increasingly isolated and unwelcome in their own communities.

“The hatred for Democrats is just unbelievable,” said Tim Holohan, an accountant based in rural McKean County who recently encouraged his daughter to get rid of a pro-Joe Biden bumper sticker. “I feel like we’re on the run.”

The climate across rural Pennsylvania is symptomatic of a larger political problem threatening the Democratic Party ahead of the 2022 midterm elections. Beyond losing votes in virtually every election since 2008, Democrats have been effectively ostracized from many parts of rural America, leaving party leaders with few options to reverse a cultural trend that is redefining the nation’s political landscape.

Read it here: The brand is so toxic...

I hate to say it, but this makes me smile.

i do not hate to say it
it is very pleasing
i am a real democrat which means i am registered republican
the democrat party went to hell a long time ago
i have not moved in my beliefs much but suddenly i am so far right that i am a terrorist!
i have not moved but the party did

Funny how supporting the people who destroy the lives of the people impact your popularity.

The Demonrats aren't going anywhere. They OWN the media, Big Tech, academia, 90% of the judiciary and have the benefit of "mail in voting" AND the assistance of Dominion Voting Systems. They may not be popular with a huge part of society but they DON'T CARE....they are in power and will NEVER relinquish that power willingly or peacefully.

Dan... While I agree with everything you are saying, I have to believe that at some point even the most ardent of the soft brained followers will realize that the promised benefits do not match the rhetoric. How long can they tolerate the lies and the hate? Those things wear on even the strongest people ;) I'm hopeful

I have no doubt a LOT of people are realizing the left is long on BS and short on results. Doesn't matter. They are in power and WILL NOT GO PEACEFULLY. This all ends one of two ways. Abject slavery and misery for 99% of us or civil war and LOTS of blood. And it's starting to look more and more like slavery and misery for most of us. We lack the cojones to do what is NECESSARY.