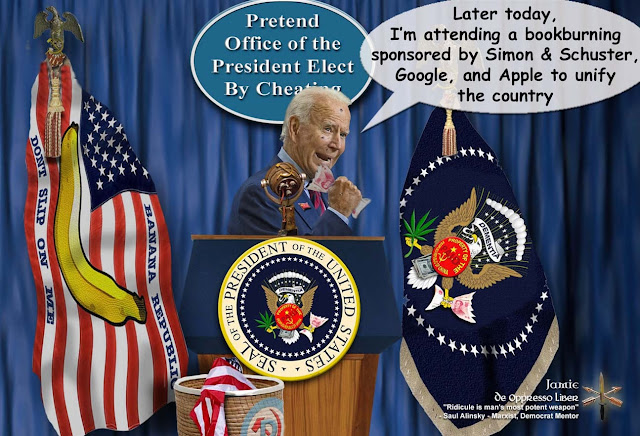 What else needs to be said?

The efforts to impeach President Trump and prevent him from ever running for office in the future are spooling up like the turbine in an overloaded Huey.  It is insanity.  A picture, a moving picture, of the fear the Left holds for anyone who may want to slow the Progressive freight train again...  And along with crushing President Trump, they want to stop all opposition to their plans.  To crush dissent, to crush questioning...  How long will it take for folks to figure that out?  How long will it take for folks to figure out that the Left is planning to change "life as we know it"?  They plan to turn America into a Progressive paradise...  What will we do about it?  ;)

Today's headlines were "DC Riots were much more violent than previously believed".

Police say they have found 3 plots to overthrow the government.

Do you suppose there was any pressure from the Left to get Belichick to turn down the medal?

Why did Capitol Police only share this important information with House Democrats??  Shit like this undermines the credibility of the Capitol Police.

Yes, I'm feeling a little jaded this morning.  It'll all work out.