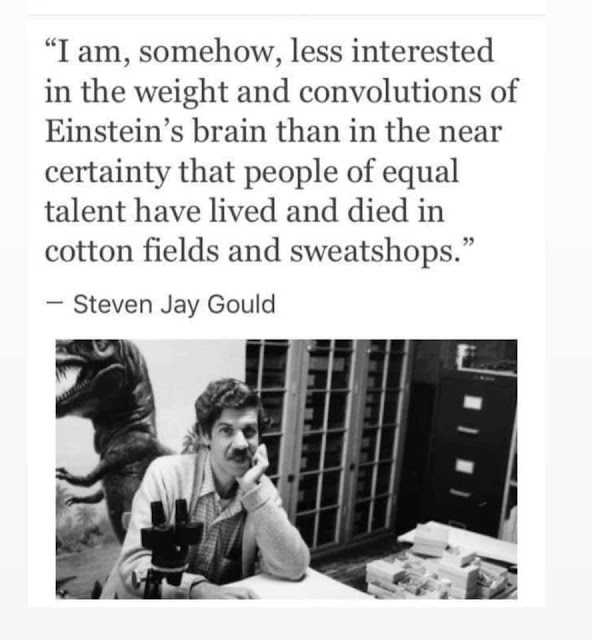 I know I've mentioned it before...

And the folks about whom Gould ponders at least had the ability to walk away from the cotton fields and the sweat shops, if they chose to do so, and were willing to accept the consequences.  They had the ability to draw breath and read books and to fall in love.

Every choice has consequences, some known and some unknown.

Choosing to abort your baby may have prevented the person with the ability to do more good for mankind than any other human from ever being born.

I am more than almost certain that people with the prospect of human greatness have died at the hand of the abortionist while never being allowed to draw breath.

And yes, I realize that it isn't that simple, that clear, that cut and dried... Every person has a story, is a story.  Every story is different.

I think Gould's comment is a bit trite in the overall scheme of things.  Gould died of cancer at age 60.