When the food runs out... 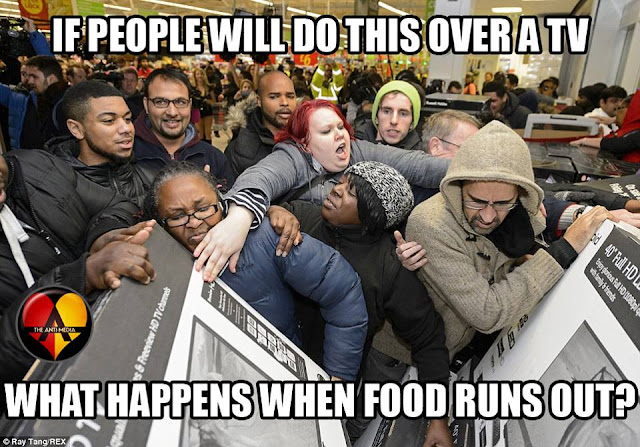 When they come for you...

This is an interesting article.  It could be about a thousand other things in America today.

The first question I asked myself when this went down was "why were the cops there before the bikers"?  I'm sure there are a lot of opinions.  No solid answers.  The bikers are still in jail.  The bond is still a million dollars each.  That, in and of itself, is unusual.  The police spokesman has said that in his 34 years on the Waco PD, he has never seen such gore.  He has apparently forgotten about the original "Waco".  That happened on his watch.  ;)  He lost all credibility with me when he made that statement...

Anyway, here is the story.  Make of it what you will.

When They Come for the Smaller Groups. . . .

First they came for the Socialists, and I did not speak out—
Because I was not a Socialist.
Then they came for the Trade Unionists, and I did not speak out—
Because I was not a Trade Unionist.
Then they came for the Jews, and I did not speak out—
Because I was not a Jew.
Then they came for me—and there was no one left to speak for me.
Martin Niemöller’s words delivered a painful sting to his fellow pastors in postwar Germany. These words clearly spoke the truth: the guilt for the desolation of Germany lied on their shoulders. From the very beginning of the Nazi movement, the pastors were silent, or complicit, or even openly collaborating with it. Very few of them stood up to the Nazis. If more did, Germany could have been spared the desolation.
What is often missed is that in this confession of his sin of silence in the face of injustice, Niemöller also indirectly described the tactics of the Nazi regime; in fact, not just of the Nazi regime, but of any totalitarian regime. And that tactics was clear:
The government never has the resources and the manpower to terrorize the whole society. State terrorism, therefore, is done by separating and marginalizing social groups: first smaller groups, then larger groups, until each group is subdued.
This is the old Roman principle of divide et impera: divide your enemies so that neither of them associate with the others. Thus, none of them will come to each other’s aid. Then your hand is free to conquer them one by one.
The Nazis, obviously, used the principle successfully. One by one, different groups were marginalized and demonized in the public opinion, until it was clear no one would come to their defense, because “we are not them.” Jews. Socialists. Trade Unions. Military personnel. Gypsies. Mentally ill people. Roman Catholic Priests. Protestant pastors. Step by step, the general population was divided in groups and subjugated through repressions and terror. By the time many people realized the murderous nature of the Nazi regime, no one was in a position to unite the remaining groups in opposition to the government.
The Soviet Communists did the same. They also started with a broad appeal to all the “classes,” marginalizing and demonizing only small groups. The “capitalists.” Then the priests. Then the “intellectuals.” Then the rival leftist parties, like the Mensheviks. Then certain ethnic groups were demonized: Ukrainians, Georgians, Chechens, the German Anabaptist rural communities along the Volga River. Then the kulaks (the wealthy Cossack peasants of Ukraine and South Russia) were singled out and exterminated. Then the category of “kulak” was expanded to include the not-so-wealthy peasants – until whole regions in Ukraine were starved to death (the Holodomor), while the rest of the country watched passively. Then came the military elite. 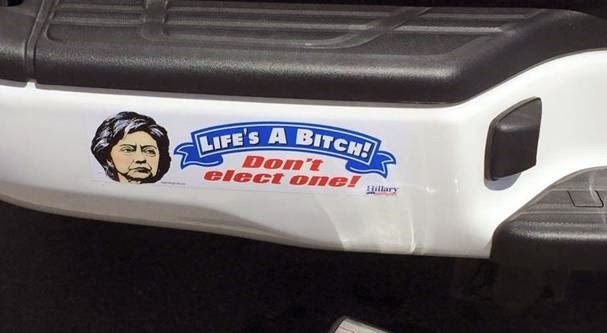 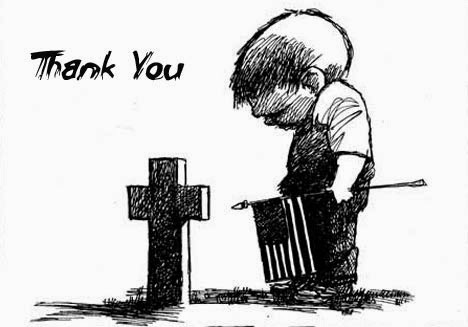 Glad it's no longer a crime... 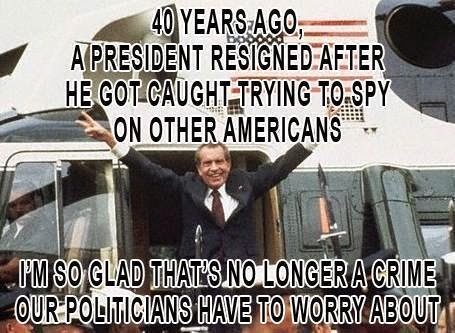 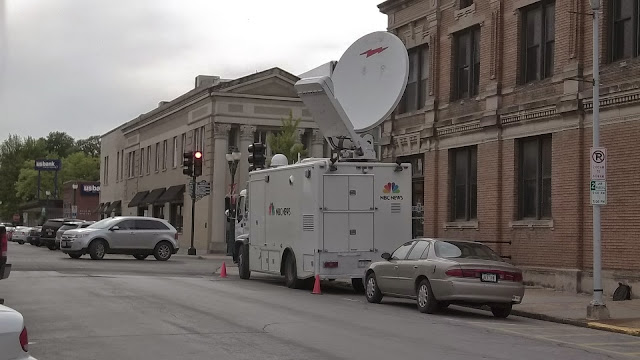 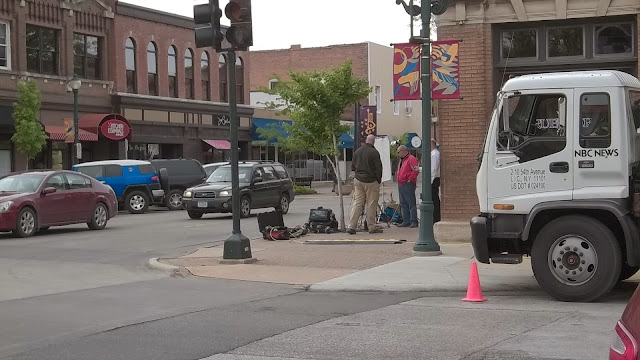 The Missus and I went out to the lake last night to go for a walk.  There were still news crews downtown getting "background" for "The Visit" that had ended 10 hours earlier.

A Clinton in my little town... 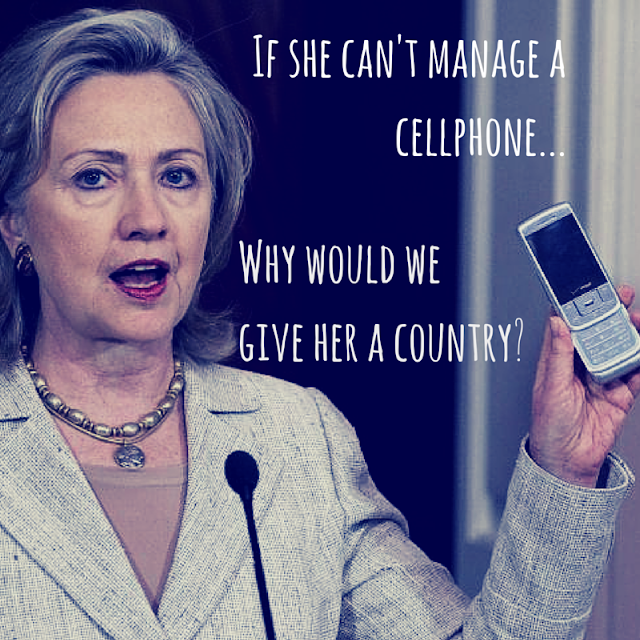 Hillary will be in my little town this morning.  At the bicycle shop owned by a very good friend.  He certainly didn't invite her.  He took over the old Post Office in town, remodeled it nicely, and moved his downtown bike shop 2 blocks to occupy it.  He is a great advocate and ambassador for my little town.  That is why she is coming to my friend's shop.  To "focus" on successful small business in Iowa, and by extension, America.  My friend has been successful at his business and at promoting our downtown area.

He has been telling everyone that just because she is going to be there, sequestered in a private meeting with a hand selected few local small-businessmen in his shop, doesn't mean that he is supporting one political party over the other.

I know him well enough to know that he believes what he says.  I'm not sure that he understands that no matter what the truth is, appearances are everything...  Perhaps there are enough freaking Liberals in this area that the exposure will possibly do him good, from a bike business perspective.  Who knows?  :)

It isn't open to the public or to the media.  It is an incredibly arrogant Presidential candidate holding another non-public campaign function to prove how close she is to the people, and the only "media" allowed will be those who can be 100% trusted to portray her the way she wants to be portrayed.  All questions must be pre-approved.    That isn't news reporting, but hey, she is Hillary Clinton!  She makes the rules.

How fucked up is it that someone with her reputation and the legitimate suspicions of criminal activity corruption and incompetence in her past can run a viable campaign for the Presidency of the United States?  (I know, obama got elected twice, right?  Proves my point)  Her base will never ask that she be investigated at all but will clamor and clang to set the vetting bar so high that no Republican candidate can ever be seen as legitimate and worthy.   What has happened to Americans that they will even give this woman the time of day?

If you haven't figured it out... 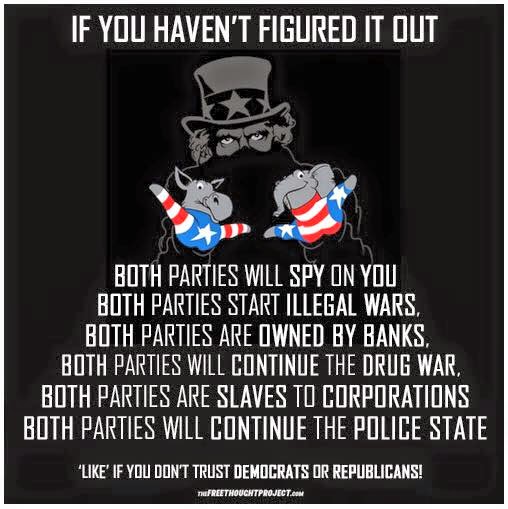 Is one worse than the other?  Yeah, I think so.  But, then again, the Republicans are just as willing to freely spend the money that the Democrats steal from us as as they are to spend the money that they themselves steal from us.  They all steal from us.  "It's for the common good" they say.  "Who defines the 'common good'", I ask?  Certainly not the common folk.  We aren't smart enough to know what we want or need.  :)
Posted by Blue at 09:33 3 comments:

Well, I have been under weather these past couple days.  I came home from work on Friday feeling tired and blah.  I was in bed by 6 pm.  Slept until about 6:30 this morning. (Sunday)

Be careful who you trust... 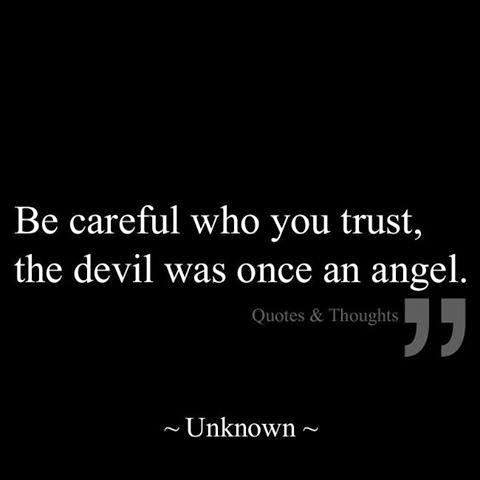 Cash for uranium. And stuff... 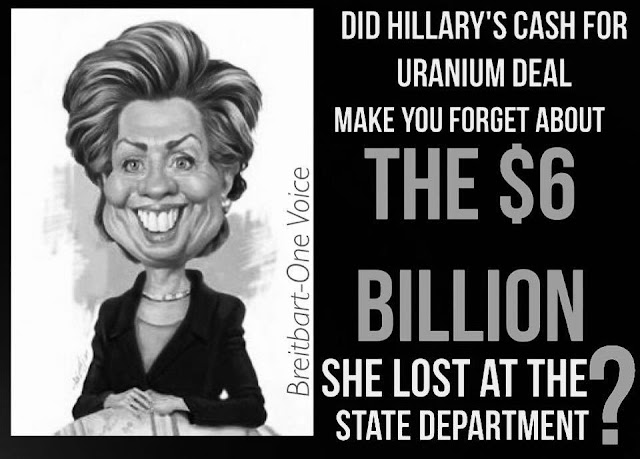 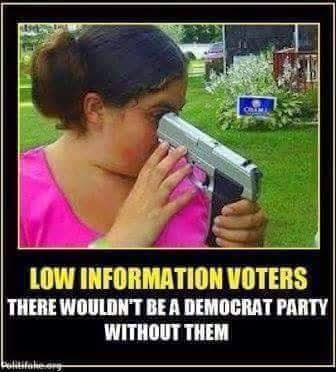 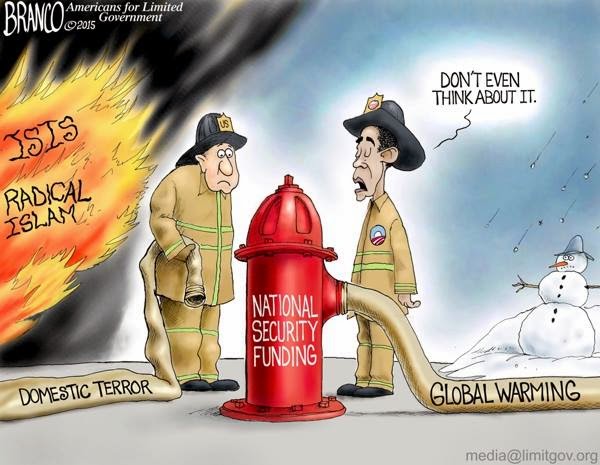 I hope that the original artist doesn't mind me sharing this.  :)
Posted by Blue at 06:18 6 comments: 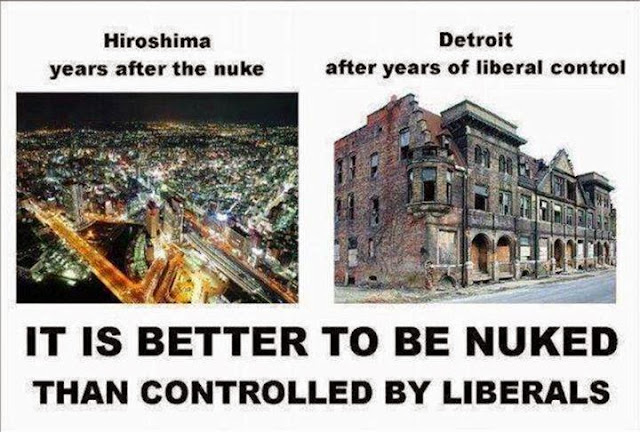 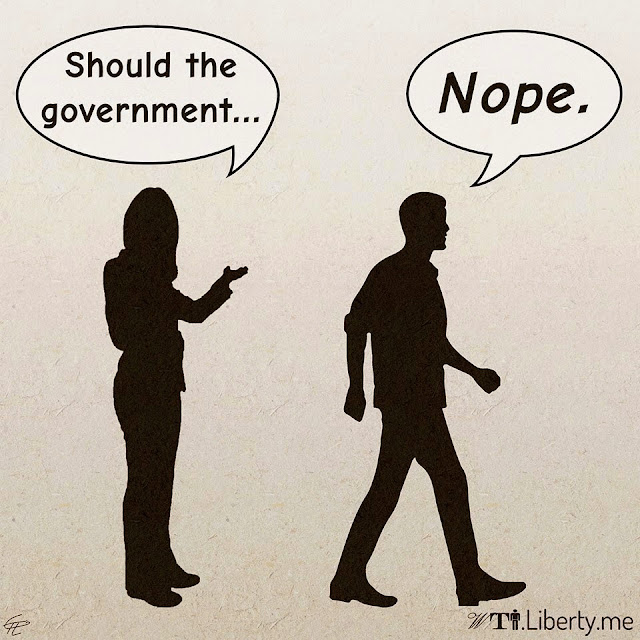 A free people ought not only be armed... 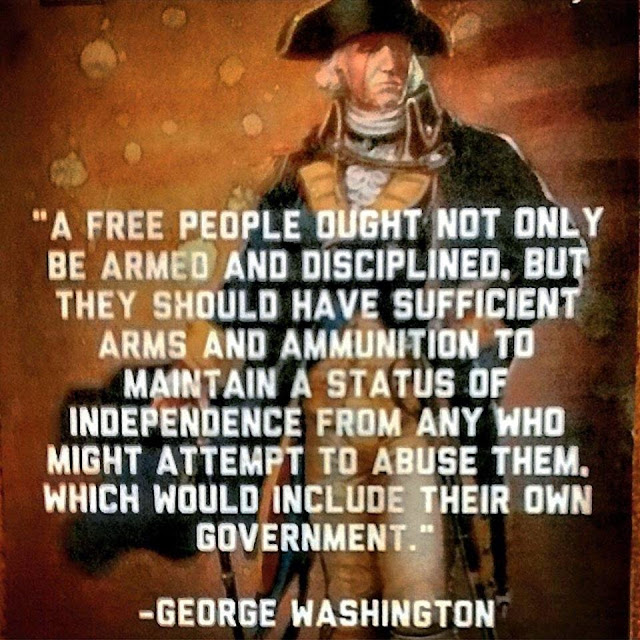 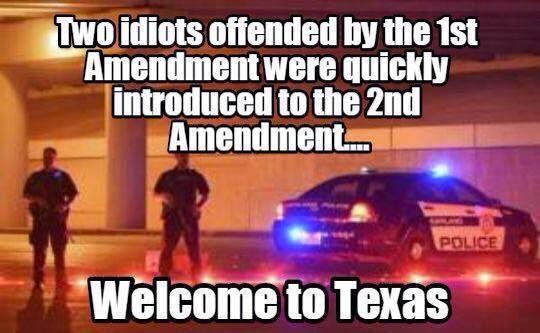 Yeah, the wannabe jihadis screwed up.
Posted by Blue at 17:43 6 comments: 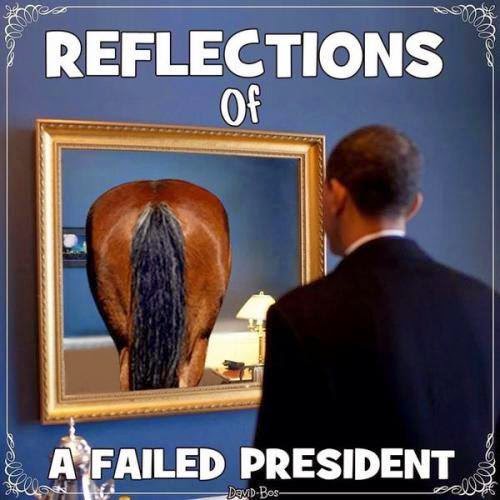 Black Lives Matter. It's a great slogan, but not much more...

"This has absolutely nothing at all to do with race, but everything to do with socialistic entitlement thinking and the demand these people have for their greatest desires to be fulfilled."

All lives should matter.

Look at it any way you wish, the Liberals have created the environment that blacks live in today.  I guess that is OK.  Self-determination, and all...

Have you read anything about the state of America today on any of the Lib sites?  They blame the Right.  And they truly believe that they are correct in saying Conservatives are evil.  Different perspectives, I guess.

It is your life, your situation.  You are responsible for it.  Unless you give it over to government.  For free shit.  Or something.  Once you have given up your right to self-determination you get what you are given.  It is what you asked for.  It is what you wanted.  Free shit.  You no longer have a legitimate voice. 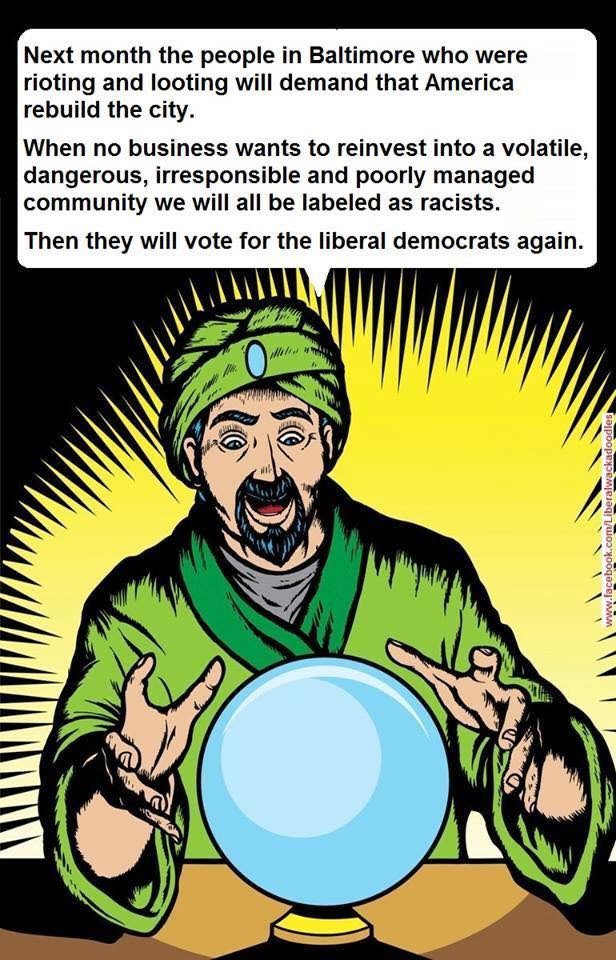 "Baltimore, a mostly black city, run by a black mayor, with black cops, is being accused of systemic racism against black people by a black prosecutor" ~~~Fb meme. 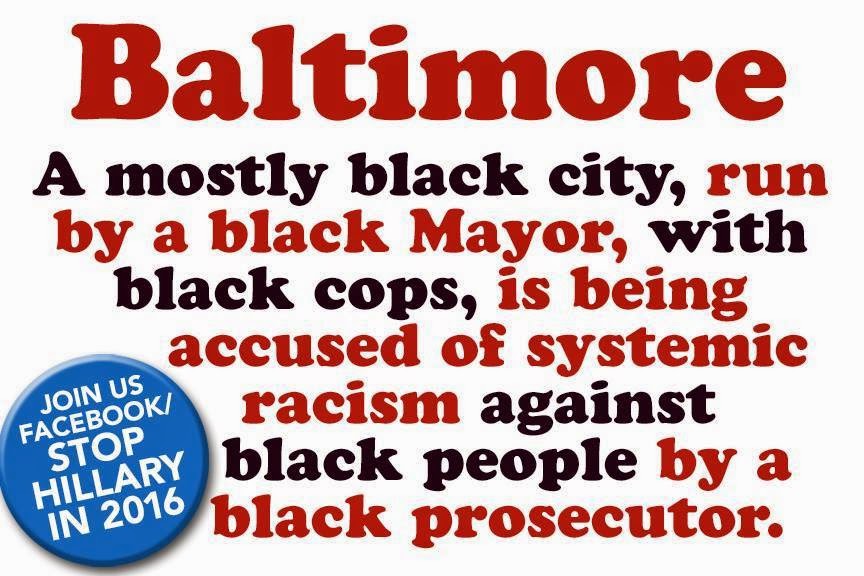 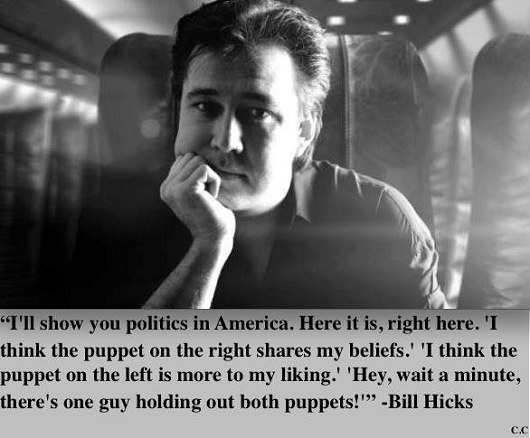 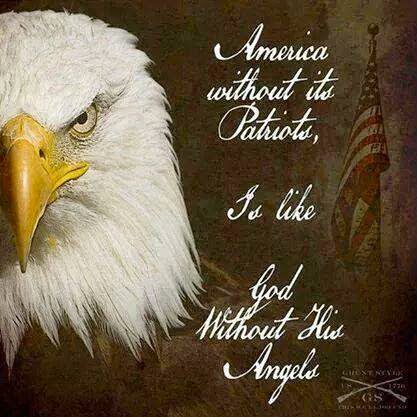