Though it's hard to tell...

...it appears the Ukrainians are hanging on. 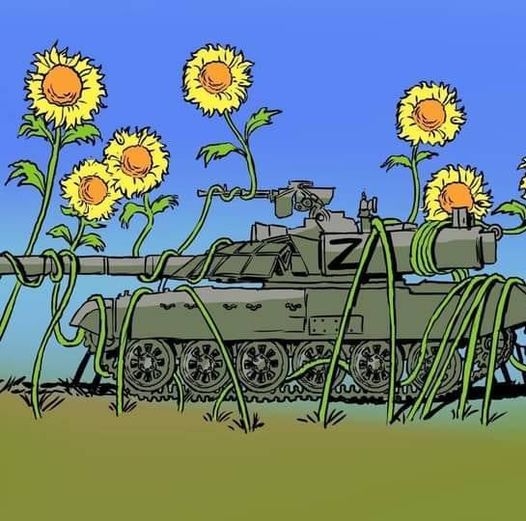 I'm not a strategist, but I do know that there has to be bold action along with thoughtful planning to assure success in battle.  The US is overly fearful of what Putin might do.  That seems painfully obvious.  There seems to be a fear of being forced to take bold action, if whatever less bold action we undertake makes escalation become necessary.  Meanwhile, people die.  And Putin is still a threat to the entire world.  I guess that time will tell.

But what do I know? 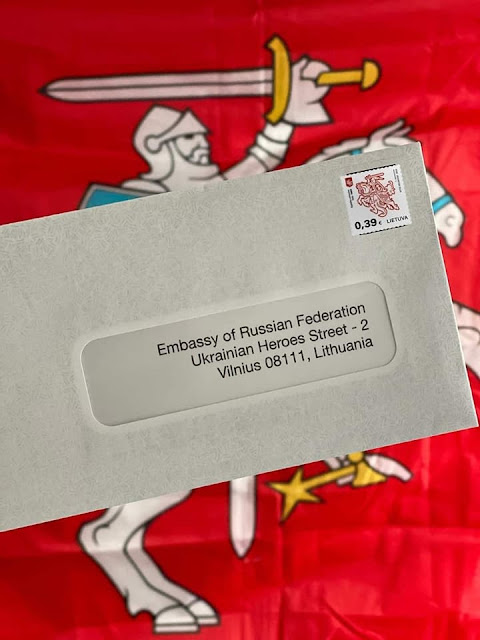 The Lithuanian city of Vilnius has changed the name of one of its streets.  The Russian Embassy now needs to order new letterhead and business cards.

Rock The Fuck On.

Anyone reading this who lives in Washington D.C., NYC, Houston, or San Fran?  Perhaps you should contact your mayor and suggest renaming the street that the Russian Embassy is on in those cities Ukranian Heroes Street?  Or Volodymyr Zelenskyy Boulevard? Just a thought.  Keepin' it real. 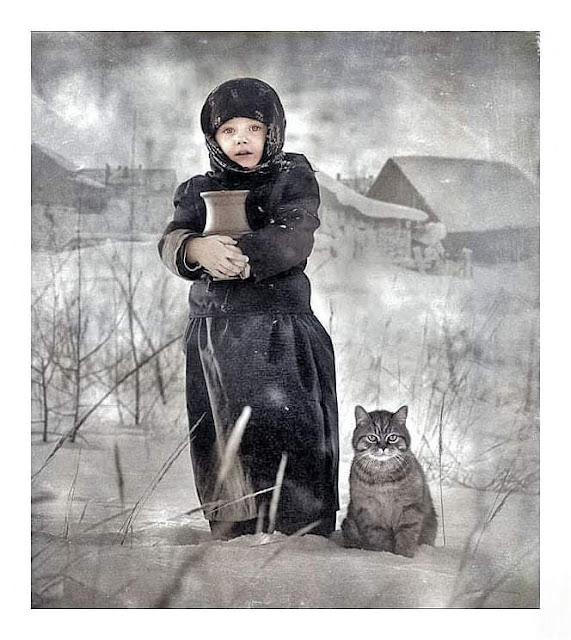 Ukraine is begging the world for help.  Help to save its very life.

The world is standing by, watching, doing the safe thing.  Applying sanctions.

I pray that those sanctions work.  I hope it is enough.

But in the days and weeks and months ahead, while we wait, Putin will continue to kill Ukrainians with impunity.

And if Putin prevails in his war against Ukraine...  Well, if that happens I'd hate to be Latvia. Or Lithuania. Or Estonia.  Poland and Czechoslovakia may not even be safe from Putin's aggression.  USSR v.2

This has happened before.  Same part of the world.  It isn't Jews this time, but it's the same.  Putin is thumbing his nose at the world right now, daring us to get involved.

And while we admit that the world is shrinking, that the economy is global, that diseases can affect every human being on the planet as fast as a jet can fly from point to point, we claim that the Ukrainian fight is not our fight.

But it is, whether we admit it or not.  Vladimir Putin is a bad actor.  He is a threat to world peace.  And we're going to watch, like we watched Hitler in the 30s.  Because Ukraine doesn't belong to our Home Owners Association.

Watching the events in Ukraine right now is, to me, like watching a bully beat the life out of my younger brother and me being unable to step in and prevent it.

You would have had to know her...

This popped up in my fb memories this morning.  I laughed and cried at the same time.

Judy would sometimes make comments that were waaaaayyyyyyy out in left field, out of the blue.  Sometimes unintentionally. Sometimes to get a reaction.  She was eating peanut butter toast and drinking chocolate milk.  I was having cereal and toast, coffee with cream.

She delivered this with the straightest face.  I tried not to laugh.  A question disguised as a statement.  She didn't preface it with "Remember..."  I delivered my "yeah" without emotion.  She knew what I would say.  She finished her statement.  I about died laughing.  Like I said, you would have had to know her.


I like Elton.  I like this song.  This video is... sad.  And hopeful. And representative of the human condition, in my opinion.

I lost my Judy coming up on 5 years ago.  An ER doctor made a mistake.  He didn't listen closely.  He didn't do his "due diligence".  He made some assumptions that were wrong.  He had all of the information that he needed to not cause my wife's death.  Whether you want to believe it or not, male doctors treat women differently.

Anyway.  Judy loved music.  I love music.  Sometimes the music moves me closer to my Judy.  I still love her.  I miss her.

This song, this video... they can make me smile. 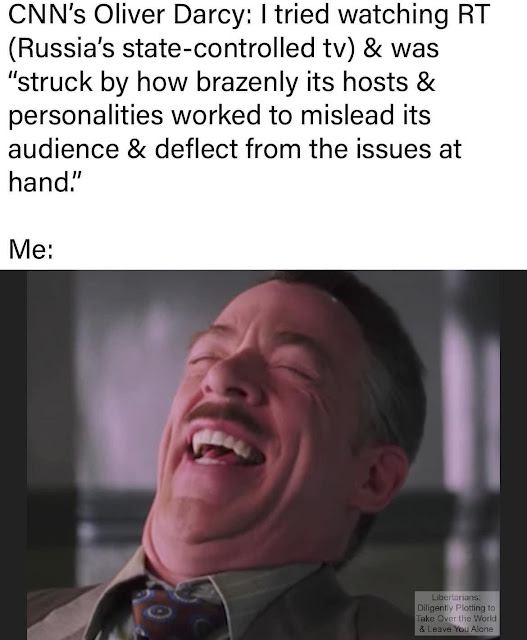 So, there was a fella commenting on this meme:

"Nicholas B. The US media has it's faults, but there's a WORLD of difference between it and the Soviet, er I mean, Russian media. It's kind of shocking how so many people don't seem to realize this false equivalence. It's like saying getting medical advice from a 20-yr old's YouTube channel is just as good as advice from a doctor with 30 years experience."

Nicholas appears to be a nice enough guy.     His political ideology seems to be different than mine, which is ok.  He appears to believe that the government checkbook is the appropriate answer for solving every social problem.  Whatever.

I know it's hard.  I spent over half of the $250 that I took home each month from my job in the Army on rent.  I was young.  We were young.  We wanted to be together and we were willing to do whatever it took to make that happen.  Even if it meant being broke all the time, barely able to pay the bills...  Judy was good at juggling things and making sure that the utility bills were always paid before they got shut off.

I know it's hard.  I know that rent is still expensive today.  And groceries.  And gas.  We lived through the 70s.  55 mph speed limits.  Gas rationing to odd and even days based on the number on your license plate.  Stations out of fuel, long lines.  And it was expensive.  The price of gasoline went from less than 40 cents a gallon to a dollar a gallon in about a year.  But we figured it out.  We worked extra hours.  Judy took a job.  It was crazy, but it's the way it was.

And it isn't the Boomers doing it to you, though we're easy to blame.  Boomers have been retiring for the past 20 years.  It's your parents who hold all that property, and your peers.

The next big thing will be rising interest rates... Worse than the early 80s when we thought that we were "all that" when we were able to get a mortgage at 13% while the going rate was 14%... These young folk think there is a housing crisis/rent crisis now? Hold my Beer! Give it 6 months... 'ol Joe.
Anyway, I don't know what changed.  We grew up believing that we had to work for what we wanted.  You had to figure it out...  ;)
Anyway...  just rambling.
Peace.
Posted by Blue at 14:40 9 comments:

It could never happen here... 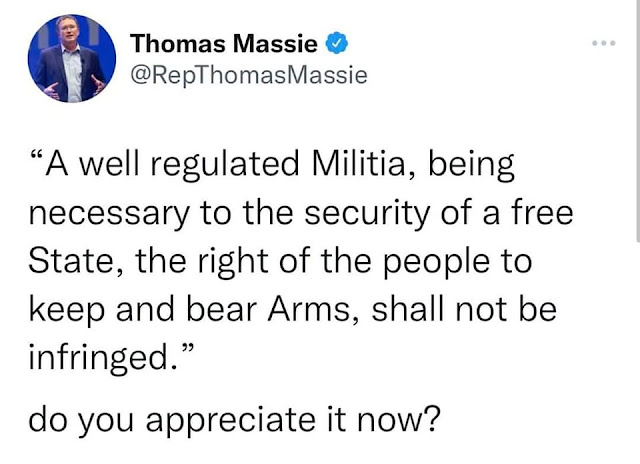