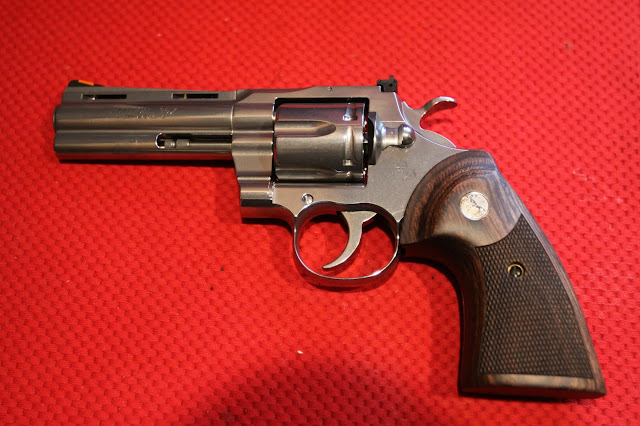 I picked up my copy of Shooting Illustrated from my mailbox back in Mid-September and the new Python was on the cover.  Nice.  So I looked inside and saw she was the centerfold as well.

I took that as a sign and immediately called Ernie, my gun guy down in Marion.  I asked if he had seen it.  Yes, he'd sold a couple.  He shot me a price.  I ordered it.  Took 8 days.  I was happy. 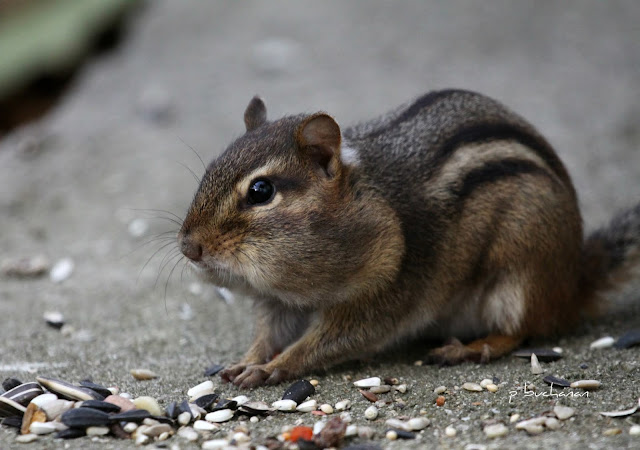 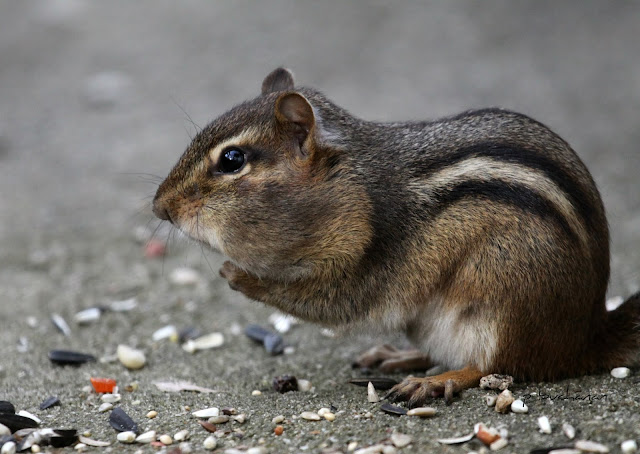 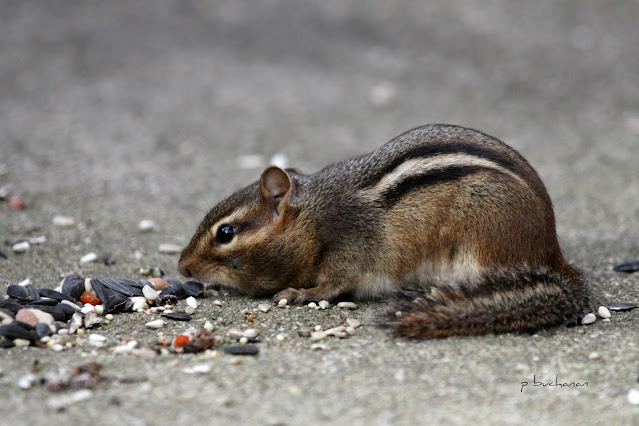 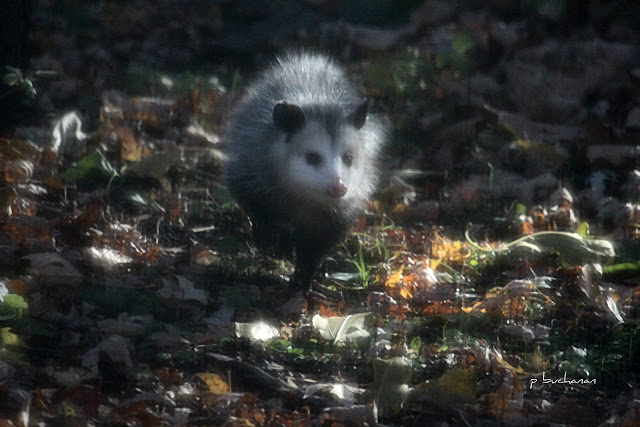 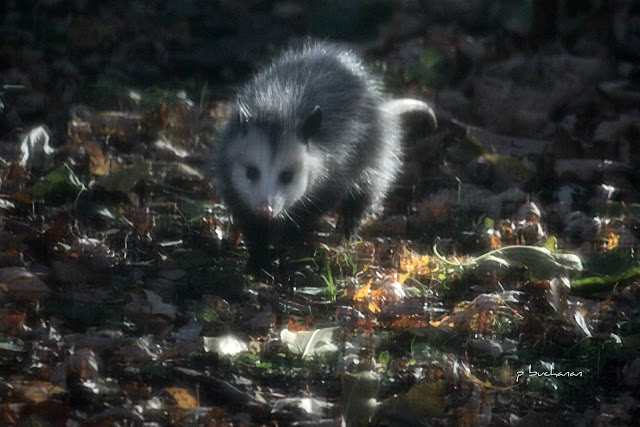 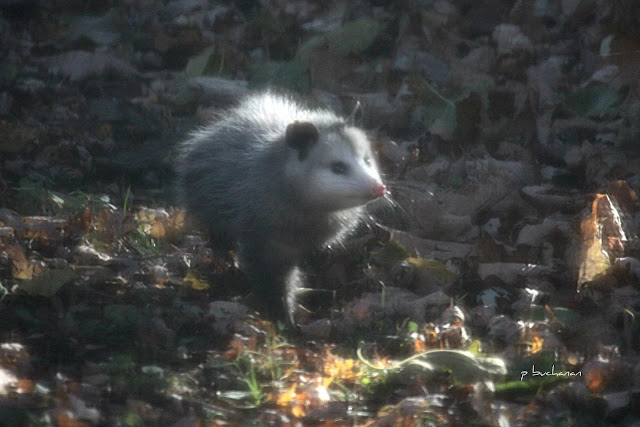 It is pretty nice outside today.  Low 50s, which is a welcome change from the 30s of the past few days.  The birds and the critters are packing on the weight for winter.  Pretty neat to watch.

I call the possum Matilda.  She's a beauty!

Anyway, a few more days till the election.  Should be interesting.

Through the Screen Window... 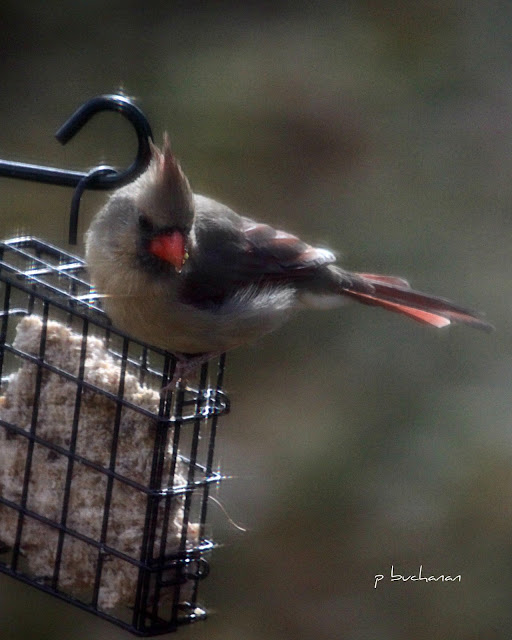 I have plenty that I should be doing today, like going out to Menard's and getting a new freeze proof faucet for the outside of my house and a new water stop for the feed line that goes to it on the inside of my house.

Chatting with my youngest son via text.  He lives in Arizona, I'm in Iowa.  He is working his tail off in a startup business. He is a metal fabricator and does quality work. I certainly hope he is successful at chasing this dream.

But his girlfriend is a far Left Liberal.  (FAR Left) And she is influencing him.  Which is to be expected, I guess.  But I have to admit that I am a little disappointed.  I still love him, though.  LOL.

I love making predictions.  The problem is that when we talk about our Progressive friends on the left it is almost too easy...

Why isn't the media reporting the ongoing riots in Portland and, to a lesser extent, other places?

Prediction:  If the Harris/Biden ticket wins there will be a collective groan from Conservatives across the country and we will go about our business, hoping to oust her from office next time around.

If the Trump/Pence ticket is reelected America will go up in flames.  Our Progressive friends will make sure of that.  Their tactics of stalling as much as possible in the Legislature, bringing up new and ridiculous charges against President Trump to prevent him governing, will be seen as "not enough".  "The People" will take to the streets and burn the town to the ground.

Have we grown too far apart to fix this mess?  The Left opposes Trump for one simple reason... he interrupted the Progressive take-over that Obama started and that Clinton was suppose to continue.  The Left is full of hate.  And they don't care.  They don't care about you, they don't care about me.  As we use to say in the Army... "They'd walk over their dying mother to have intercourse with their syphilitic sister."  They don't want to "get along".  They don't want to "compromise" in order to find policies that benefit the most people.  They hate and they destroy.  They believe that if you are successful, you owe them.  They want more government to assure that they get their "fair share".  Most of them lack the wherewithal and motivation to become financially successful on their own.  They want to take the wealth gained by those who have the vision and courage and motivation to create it.  Because.  As that famous idiot Marxist once said: "If you have a successful business, you didn't build that...".  And they believe him.

Anyway... there are choices.  Americans are afraid to make those choices.  They are use to electing either a Democrat or a Republican.  Because it's what we have always done.  And it's why we are where we are.

I already voted.  Jo Jorgensen.  Why?  Because a vote for either the D or the R assures that nothing will change.  Both candidates are morally and ethically bankrupt.  I want to be able to sleep at night and cannot, in good conscience, vote for either of them.  I am at that point where I can no longer vote for "the lesser of two evils".  We cannot make change unless we are willing to step up and do something to force change.  Where does it start?  When?  For me it starts here and now.  But hey, that's just me...  :)

Here is a good article that goes a long way toward explaining our current predicament.  The short summary is this:

"What we found is that most Americans — upward of 80 percent to 85 percent — follow politics casually or not at all."
But the 80 to 85% who don't engage in politics still vote... That should give you pause for concern.

Yes, I realize that the Times leans Left.  I also realize that this is an opinion piece.  A researched opinion piece.  I will say again what I think was the most important takeaway from the article...  80 to 85% of Americans DO NOT engage in politics, or they engage only casually.  Yet they vote.  Who do they vote for?  I can only guess... Their Party?  "An educated electorate..."  LOL.

The birds in my back yard keep me occupied.  I shot this photo through the screen window in my kitchen yesterday. 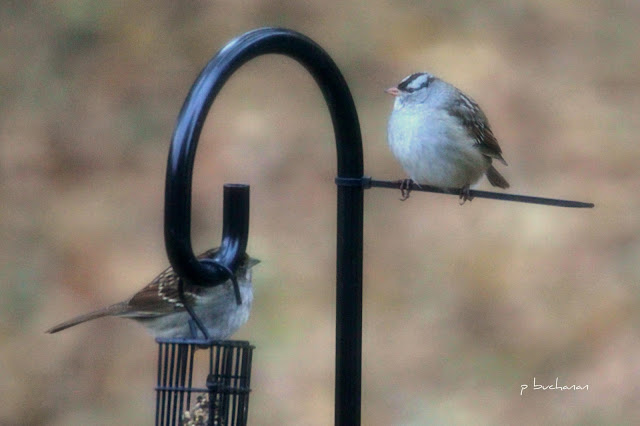 Do these tail feathers make me look fat?