One small bit at a time.

I still have that feeling that this won't end well.
Posted by Blue at 08:44 2 comments:

If pigs could vote...

One of the best kept secrets...

The most dangerous man...

(My personal gun philosophy, though borrowed, not original...  "I would rather have it and not need it than need it and not have it.")

3.   They think they are victims - yet their representatives run the government.

These three, short sentences tell you a lot about the direction of our current government and cultural environment:
1.  We are advised to NOT judge ALL Muslims by the actions of a few lunatics,
but we are encouraged to judge ALL gun owners by the actions of a few lunatics.
2.  Seems we constantly hear about how Social Security is going to run out of money,
but we never hear about welfare or food stamps running out of money!
3.  Why are we cutting benefits for our veterans, no pay raises for our military and cutting our
army to a level lower than before WWII, but we are not stopping the payments or benefits to illegal aliens.

"If you do not take an interest in the affairs of your government, then you are doomed to live under the rule of fools."  ~~ Plato

These come by way of a fellow manager from our Florida facility.  He will retire a year or two before I do.  ;)
Posted by Blue at 07:31 8 comments:

White lies.  Is that racist?

"The rule of law is over when the lawless rule!..." 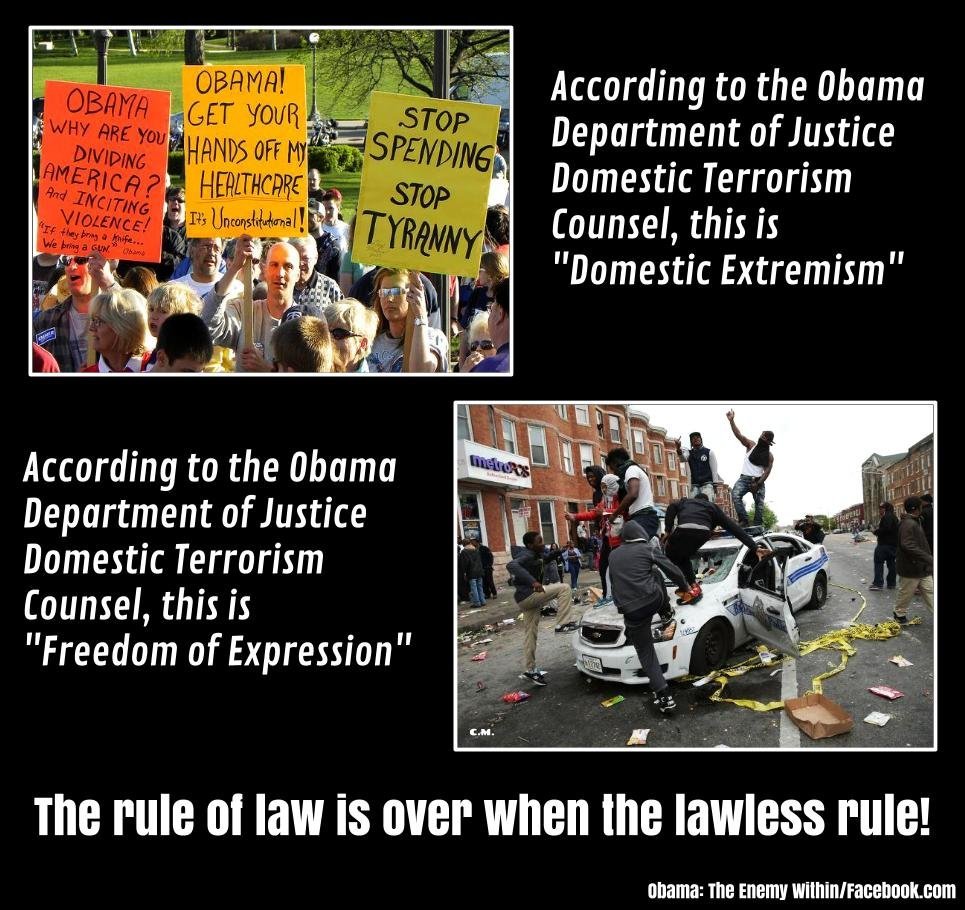 Beware: Are you a "right wing extremist"...?

Just two weeks after it announced a plan to globalize local police departments through the “Strong Cities Network,” the Obama administration has added a new tool in its fight against “violent extremism.”
A new position within the Justice Department – yet to be filled – will focus on investigating lone-wolf domestic terrorists or “extremists.”

The person who heads this new effort will target extremists who plan mass shootings, hold racist, bigoted or anti-government views or see themselves as “sovereign citizens.”

The new position at the Justice Department, dubbed the “domestic terrorism counsel,” will serve as the main point of contact for U.S. attorney offices nationwide and will identify trends across cases, help shape strategy and “analyze legal gaps that need to be closed,” said Assistant Attorney General John Carlin.

Who knows?  Would it surprise you?  ;)  More laws being created without the Legislature? 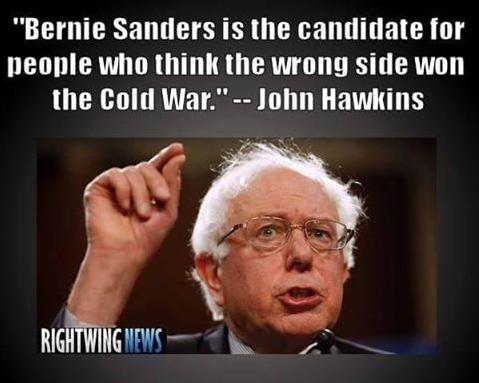 Hillary won the next debate...

Yup.  Been saying this for a long time.  All that remains is to see how it plays out.  What will be left after the fuck-fuck games are over?
Posted by Blue at 11:16 4 comments:

"...the great experiment will then surely be doomed."

"No human society has ever been able to maintain both order and freedom, both cohesiveness and liberty apart from the moral precepts of the Christian Religion applied and accepted by all the classes. Should our Republic ere forget this fundamental precept of governance, men are certain to shed their responsibilities for licentiousness and the great experiment will then surely be doomed."

Hillary has changed her mind...

Or, more likely, she is pandering to what she believes her "new base" wants.  Personally, I think she is dead in the water.  Fini.  Kaput.  Her base loves all the free shit that Bernie is telling them they deserve and that he will give them.  Thank God that one Socialist does not a functioning government make.

Can you imagine Bernie, an avowed Socialist, being elected and not having another Socialist in government to support him and his programs?  I wonder how that would work?

I suspect that senile old Uncle Joe will jump into the mix, promising continuity of the current administration's programs...  He will win the Democrat party's nomination with ease by promising no change.  How weird will that be?  ;)
Posted by Blue at 06:56 9 comments:

A school shooting that you didn't hear about...

A driver license works in every state...

Only The State will have guns...

Even a Nanny State loving Liberal should be able to figure this out...
Posted by Blue at 11:40 4 comments:

The Mooslims are coming...

I was talking to one of my German friends the other day...  Ralf said that these people are animals.  The average German doesn't know what to do anymore.  These "refugees" have turned the once pristine towns and villages of Germany into shit holes.   They are throwing the "order" onto chaos.

Ahhh well.  It is a problem.  It is coming here.  It will have to be dealt with everywhere it lands.

"...many of whom would rather start a civil war than acquiesce."  :)

They may take our lives...

They belong to the same bird...

Maybe the old way was better...

For the second weekend in a row, 50 shootings in the Windy City.