Yeah, it's that bad.

Give it some thought...

Trained to be ignorant...

How can you talk if you haven't got a brain...?

I wonder what diseases are being brought into this country by the thousands of unfettered immigrants illegally crossing our southern border every day?

Do they vaccinate against the diseases in Central America and Mexico that have been eradicated for years in this country?

How about new strains of diseases that have never been seen in this country?

A form of tuberculosis that we can't treat?  Syphilis?

It must not be a problem because the CDC isn't screaming about it.  Oh, wait...  They wouldn't scream about it.  They work for obama.

I usually only have to support myself with two hands if I've been drinking heavily...  :)
Posted by Blue at 18:25 8 comments:

What the fuck did the media think was going to happen?
Posted by Blue at 12:27 3 comments:

Released terrorists not a threat to U.S. ...

Why Team Obama Was Blindsided by the Bergdahl Backlash...

Why Team Obama Was Blindsided by the Bergdahl Backlash

Congratulations, Mr. President! And identical congrats to your sorcerer’s apprentice, National Security Adviser Susan Rice. By trying to sell him as an American hero, you’ve turned a deserter already despised by soldiers in the know into quite possibly the most-hated individual soldier in the history of our... military.

I have never witnessed such outrage from our troops.

Exhibit A: Ms. Rice. In one of the most tone-deaf statements in White House history (we’re making a lot of history here), the national-security advisor, on a Sunday talk show, described Bergdahl as having served “with honor and distinction.” Those serving in uniform and those of us who served previously were already stirred up, but that jaw-dropper drove us into jihad mode.

But pity Ms. Rice. Like the president she serves, she’s a victim of her class. Nobody in the inner circle of Team Obama has served in uniform. It shows. That bit about serving with “honor and distinction” is the sort of perfunctory catch-phrase politicians briefly don as electoral armor. (“At this point in your speech, ma’am, devote one sentence to how much you honor the troops.”)

I actually believe that Ms. Rice was kind of sincere, in her spectacularly oblivious way. In the best Manchurian Candidate manner, she said what she had been programmed to say by her political culture, then she was blindsided by the firestorm she ignited by scratching two flinty words together. At least she didn’t blame Bergdahl’s desertion on a video.

The president, too, appears stunned. He has so little understanding of (or interest in) the values and traditions of our troops that he and his advisers really believed that those in uniform would erupt into public joy at the news of Bergdahl’s release — as D.C. frat kids did when Osama bin Laden’s death was trumpeted.

Both President Obama and Ms. Rice seem to think that the crime of desertion in wartime is kind of like skipping class. They have no idea of how great a sin desertion in the face of the enemy is to those in our military. The only worse sin is to side actively with the enemy and kill your brothers in arms. This is not sleeping in on Monday morning and ducking Gender Studies 101.

But compassion, please! The president and all the president’s men and women are not alone. Our media elite — where it’s a rare bird who bothered to serve in uniform — instantly became experts on military justice. Of earnest mien and blithe assumption, one talking head after another announced that “we always try to rescue our troops, even deserters.”

Uh, no. “Save the deserter” is a recent battle cry of the politically indoctrinated brass. For much of our history, we did make some efforts to track down deserters in wartime. Then we shot or hanged them. Or, if we were in good spirits, we merely used a branding iron to burn a large D into their cheeks or foreheads. Even as we grew more enlightened, desertion brought serious time in a military prison. At hard labor.

This is a fundamental culture clash. Team Obama and its base cannot comprehend the values still cherished by those young Americans “so dumb” they joined the Army instead of going to prep school and then to Harvard. Values such as duty, honor, country, physical courage, and loyalty to your brothers and sisters in arms have no place in Obama World. (Military people don’t necessarily all like each other, but they know they can depend on each other in battle — the sacred trust Bergdahl violated.)

President Obama did this to himself (and to Bergdahl). This beautifully educated man, who never tires of letting us know how much smarter he is than the rest of us, never stopped to consider that our troops and their families might have been offended by their commander-in-chief staging a love-fest at the White House to celebrate trading five top terrorists for one deserter and featuring not the families of those soldiers (at least six of them) who died in the efforts to find and free Bergdahl, but, instead, giving a starring role on the international stage to Pa Taliban, parent of a deserter and a creature of dubious sympathies (that beard on pops ain’t a tribute to ZZ Top). How do you say “outrageous insult to our vets” in Pashto?

Nor, during the recent VA scandal, had the president troubled himself to host the families of survivors of those vets who died awaiting care. No, the warmest attention our president has ever paid to a “military family” was to Mr. and Mrs. Bergdahl.

(I will refrain from criticism of the bumptious attempts to cool the flames of this political conflagration by Secretary Hagel: I never pick on the weak.)

What is to be done? Behind the outrage triggered by Team Obama’s combination of cynicism and obliviousness (Bergdahl was so ill we had to set those terrorists free immediately, without notifying Congress, but now he’s chugging power shakes in a military hospital . . . and all this just happened to come at the peak of the VA scandal . . . ), military members don’t really want to lynch Bergdahl. But they want justice.

Our military leaders need to rediscover their moral courage and honor our traditions, our regulations, and the Uniform Code of Military Justice. We need a fresh, unprejudiced 15-6 investigation (the military equivalent of a grand jury). We already know, as the military has known since the first 24 hours after Bergdahl abandoned his post, that sufficient evidence exists for a court-martial, but it’s important to do this by the numbers.

It’s hard to believe that the resulting court-martial would not find Bergdahl guilty of desertion (although there will be heavy White House pressure to reduce the charge to Absent Without Leave, or AWOL, status, a lesser offense). If he is convicted, I for one do not want him to go to prison. I’m sure he’s paid and paid for betraying his comrades, quite possibly suffering brutal sexual violence. But if he is found guilty, he needs to be formally reduced to the rank of private, stripped of all privileges and entitlements (the taxpayer should not pay for a deserter’s lifelong health care — Bergdahl’s book and film deals can cover that), and he should be given the appropriate prison sentence, which would then be commuted by the president. Thereafter, let Mr. Bergdahl go home and live with himself.

As for President Obama, how about just one word of thanks to the families of those fallen soldiers you sent out to find Bowe Bergdahl?

I'm going to reserve judgement on Private Bergdahl.  (Though I can't stop thinking about Private Slovik...)
Posted by Blue at 07:01 3 comments: 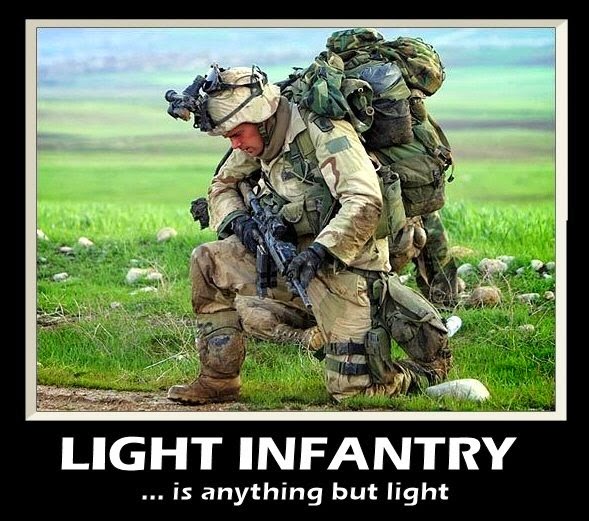