A Republican with balls...

http://www.secondamendmentdaily.com/2018/09/watch-lindsey-graham-absolutely-unloads-on-senate-democrats-at-kavanaugh-hearing/
Posted by Blue at 18:32 2 comments:

The willingness of the people to sell their rights...

I wasn't there.  I don't know what happened.

But it scares the absolute hell out of me to see how many people say that we have, have, to take the word of Dr. Ford over Judge Kavanaugh.

Within an hour after the announcement of Judge Kavanaugh's nomination to the SCOTUS the Left was screaming loud and long that he must be prevented from being seated on the court, regardless of the cost.

And as if by magic a woman in California, a Psychology professor, a Doctor of academia sends a letter to her Representative proclaiming that Judge Kavanaugh assaulted her at a party in Maryland in 1982.  She was 15, he was 17, both had been drinking.  She doesn't want the letter to become public and she wants to remain anonymous.  Why the fuck would an educated person send that letter with those conditions to her State Representative?  You know the rest of the story...  State Representative turns letter over to Senator Diane Feinstein, who is the senior Democrat on the Judicial Committee of the US Senate.  Feinstein sits on it for several months, letting the cat out of the bag at the 11th hour of the confirmation hearings for Judge Kavanaugh.  And they want us to believe that is the truth, that there was no "plan" to derail the confirmation if it looked like he was going to be a successful nominee.  Are you fucking kidding me?

What have you done about this obvious, blatant miscarriage of justice?  I personally have been burning up the phone lines with calls and emails to Senator Grassley.  He happens to be my Senator and lives just a few miles down the road from me...  What else can one do?

The Feminists in America have been trying to drive a wedge between men and women for over 50 years.  This is the culmination of those efforts.  Trial in the court of public opinion.  Because we can.  And if you try to present a different point of view you will be shouted down, walked on, and crushed like a bug.

Because the Left are bullies.  BULLIES.

But the Right is afraid.  Can you imagine the effect being called a bully would have on the Left?  Remember how it felt to be called a racist?  Or a misogynist?  Or a stupid idiot because you don't think it's OK for somewhere between 15 and 30 million illegals to be living in the United States.  You don't think 5 year old children have the mental capacity and reasoning skills to determine that they are a girl trapped in a boy's body?

They want their daughters to go to Boy Scout summer camp with your sons.  They want their sons to use the same rest rooms and locker rooms as your daughters.  Whatcha gonna do about it?  Nothing.  Not a fucking thing.  Why not?  Because they'll call me names.

The Republic is dead, people.  Dead.

This post could go on forever.  But it won't.

What do I think?

The attack on the WTC.

And the people who claim that it wasn't Islam...

Yet, the terrorists who attacked the WTC in 2001 and the terrorists who attacked Benghazi 11 years later were Muslims who were at least partially sponsored by Islamic governments.  Governments represent people, whether they are free people  or subjects.  By extension I guess that means Islam attacked the WTC and the US Embassy in Benghazi.  Point being: the attackers were not just a loose knit group of individuals set on causing mayhem.  They had help.

And courts in the United States have come to that same conclusion and have found in favor of the WTC victims against state sponsored terrorism.  Particularly against Iran.  And the courts know that Saudi Arabia was involved in protecting or supplying the 9-11 terrorists, many of whom were Saudi citizens.  It's a bit more difficult to go after the Saudis.  Why?  Well, they are our allies.  Kinda.  But, wait...  Wasn't Osama a Saudi?  Well, yes, but he was simply an individual.  Who was our ally. Until he wasn't...

After 17 years I believe America has lost her desire to see justice served.  Other things occupy our time now...

I miss the blog, but I don't have the fire...  There is so much going on and it's all crazy.  Who would have thought we would get to this point?  Ahhhhh, ummmmm, I take that back.  It should have been predictable.  The possibility of 'free stuff' makes people crazy.  And the desire to tell others how to live their lives.  Powerful motivators.

And, of course, the owners...  The people who own the politicians who are supposed to be working for us.  That is, of course, old news.  Old news that too many people deny. 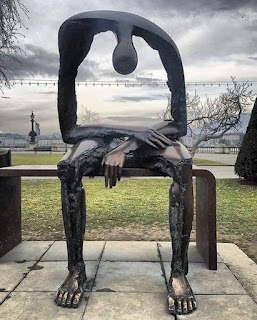 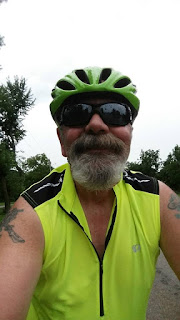 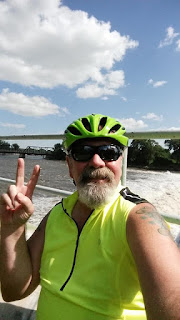