Clearly, we do not really own “our” property, but “rent” it from our local governments. Retirees, who own their home “free and clear” after decades of mortgage payments, are often forced to sell because their property taxes have risen with inflation to exceed what their mortgage payment used to be. Property taxes amount to, in practice, a kind of rent you have to pay the government each year to be allowed to keep living on your own property! Eminent domain and property taxes have made a mockery of the American dream of home ownership. Individuals no longer truly “own” their property!   ~~~Mary J. Ruwart Ph.D.
~~~~~~~
Posted by Blue at 18:24 4 comments:

Depends on what you're hunting.
Posted by Blue at 08:05 2 comments:

Or open carry, if that is what you prefer.

"...the right of the People to keep and bear arms shall not be infringed."

Pretty simple statement.  Not sure it needs to be defined by the individual states or the courts.  "Shall not be interfered with."  Period.  Couldn't be much clearer.  So simple that even an idiot can understand.
Posted by Blue at 05:46 4 comments:

President Barack Obama is a serial-liar of the first order. That is not partisanship talking, that is history and science. And when Obama says, as he did Tuesday in Chicago, I’m not going to “take everyone’s guns away,” that means he’s coming for them.
Did I mention Barack Obama is a liar? Not only is Obama a liar, this “not gunna-gunna” ploy is a tactic the President has effectively used many times before. It’s a two-pronged assault that requires the cooperation of his DC Media allies.
Let’s look at the science, shall we?

Read the rest at the link... 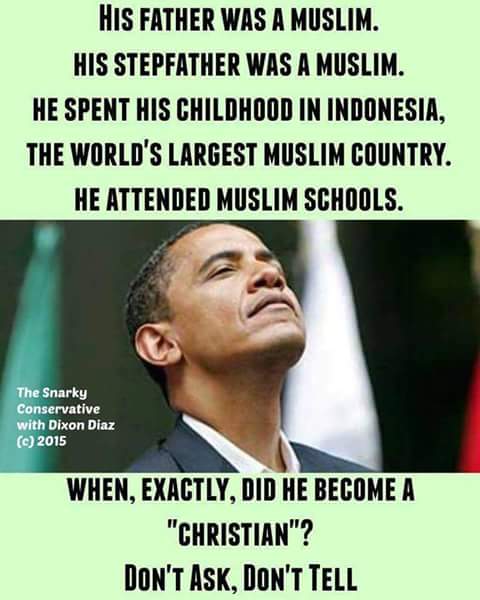 Anyone could make that mistake...

What a difference 50 years makes...

Your approval is not required...

Yes, of course.  But it was fiction.  Just a way to pass a few hours reading.  It could never happen here...
Posted by Blue at 11:18 No comments:

Government in your life...

Not sure that's any different than what we have now.

For unto you is born this day... 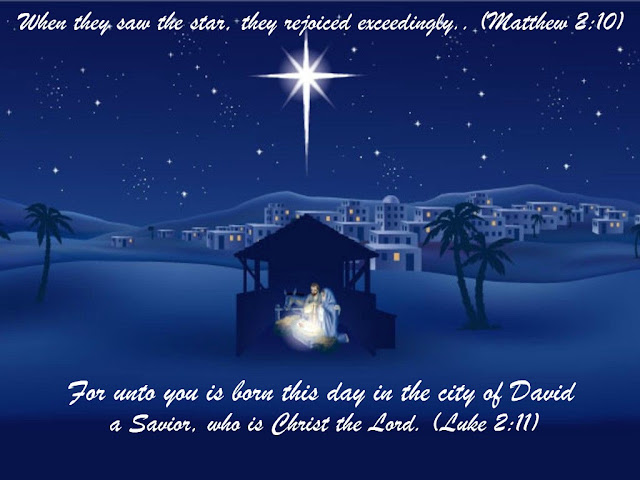 I cannot help but reflect today, as I do every year on this day, upon all of the Christmas' I have lived.  I can't help but think of the places that I have spent Christmas over the years, and of the people I have spent those Christmas' with. "Long ago and far away" You know who you are. I am blessed to have each of you, my friends and family, as part of my life. I am rich beyond measure.  I hope that each of you feels blessed in some way on this day, and every day.  Merry Christmas!
Posted by Blue at 07:11 7 comments:

The debate has started...

Now before this thing gets out of hand... for all of you "Photo-shopped-conspiracy-theorists;" this picture is photo-shopped! That bear in the background behind Putin is not real. It has just been plugged in there. So don't give me any crap!!! (Thank you very much!!)
By Wyatt Goodwin

Let me just throw this out there...

A little bit of interesting history here...  Remember, when the "establishment" does it, it's OK.

Went to see my cousin... 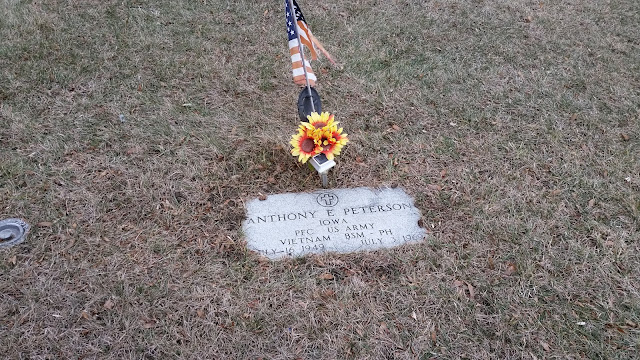 Went up north to Mason City today for the funeral of a friend.  She went way too young.  50 years old.  Had a seizure on Sunday the 6th, died Wednesday the 9th.  Sad.  I will miss her.

She is inurned very close to where my cousin Tony is buried.

Tony was in country two weeks and was two weeks shy of his 20th birthday.  He too, was a Grunt.  Everyone wants to be a Grunt.  Until it's time to do Grunt shit.  So the saying goes.  He was 5 years older than me.

The will to prevail...

Crime will go away...

I do not understand these people.  The current administration is certainly a J.V. team, at best.  Bad decisions all around...

If you ever feel stupid...

Lena Dunham.  Evil is as evil does...

Iowa.  My state.  She is campaigning for Hillary in Iowa.  The only ones who will listen to her here in Iowa are the Libs.  Sadly, we have a lot of those...
Posted by Blue at 21:12 5 comments:

They are more committed than we are...

Could be.  If this is true, the only thing it proves is that they are more committed than we are.
Posted by Blue at 14:35 10 comments:

The Army said Monday it would refer the desertion case of Sgt. Bowe Bergdahl to the highest level of military court-martial, which can impose a harsh penalty.
Bergdahl is charged with walking off his post in Afghanistan in 2009 before he was captured by Taliban insurgents, who held him for nearly five years.
The Army decision to hold a "general court-martial" preserves the option to impose punishment up to life in prison if Bergdahl is found guilty.
In making the announcement, the Army rejected a recommendation from an Army investigating officer that the case be heard by a "special court-martial," which is limited in the punishments it can impose. The officer recommended that Bergdahl be spared jail time or a punitive discharge.
Bergdahl's defense attorney, Eugene Fidell, said in a statement that the defense team  "hoped the case would not go in this direction."

Must be something to this.  ;)  What do you 'spose they will do to him?  Will obama intervene?

Kill all the bastards...

Why you gotta bring up old shit...?