No matter how you celebrate it, Happy Thanksgiving.
Posted by Blue at 08:04 4 comments:

How to get to heaven from Ireland...

Getting to Heaven from Ireland...

A true story from an Irish Sunday School teacher

I was testing the children in my Dublin Sunday School class to see if they understood the concept of getting to heaven.

I asked them ''if I sold my house and my car, had a big garage sale and gave all of my money to the church, would that get me into heaven?"

"No!" the children answered.

"If I cleaned the church every day, mowed the garden, and kept everything tidy, would that get me into heaven?"

Again, the answer was "No!"

"If I gave sweets to all the children and loved my husband, would that get me into heaven?"

Again, they all answered "No!"

I was just bursting with pride for them.  I continued "Then how can I get into heaven?"

A little boy shouted out: "YUV GOTTA BE FOOKIN' DEAD!"

It's a curious race, the Irish.  Brings a tear to the eye, doesn't it? 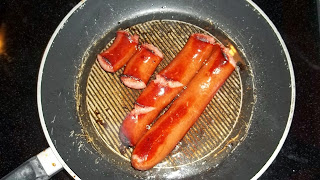 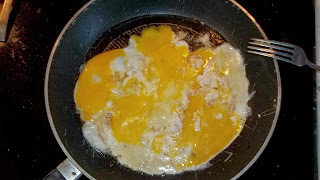 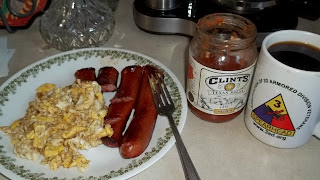 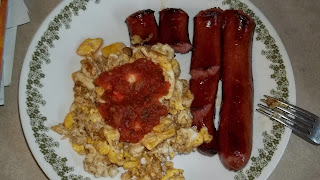 Keeping an eye on Iran...

Another from David P.

"A remarkable quote from president's speech last week further underscores the bankruptcy of progressivism. After once again blaming everyone else for the debacle of the website's rollout, he said something that should stun every American. 'What we're also discovering is that insurance is complicated to buy.' Obama and Democrats concoct a 2000 page healthcare bill and another 11,000 pages of regulations that apply to it, and the president is just now discovering that buying insurance is complicated? A gargantuan case of hubris, coupled with stunning level of ignorance about how the real world works, is the essence of progressivism. ... Are you aware of that fact that even if this disaster comes to full flower, the Congressional Budget Office projects that 32 million people will still be uninsured ten years from now, even as an additional $1.8 trillion will be spent by the federal government to achieve that result? How come our progressive champions never mention that reality? Because, in the end, what's going on isn't really about healthcare. It's about control. And if 32 million people are left out in the cold? So what."

"As democracy is perfected, the office of the President represents, more and more closely, the inner soul of the people. On some great and glorious day, the plain folks of the land will reach their heart's desire at last and the White House will be occupied by a downright fool and complete narcissistic moron."
~~~H.L. Mencken
~~~~~~
Posted by Blue at 11:28 No comments: 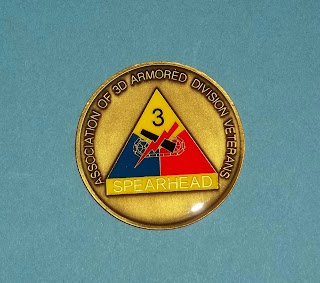 Notes on the pussification of America...


It is time to get women out of the schooling of boys. It is way past time. Women in our feminized classrooms are consigning generations of our sons to years of misery and diminished futures. The evidence is everywhere. Few dare notice it.
The feminization is real. More than seventy-five percent of teachers are women; in New York state, over ninety percent of elementary school teachers are women; in the US, over seventy percent of psychologists are women, with (sez me) the rest being doubtful. This is feminization with fangs.
I have just read Back to Normal: Why Ordinary Childhood Behavior Is Mistaken for ADHD, Bipolar Disorder, and Autism Spectrum Disorder, by a psychologist, Enrico Gnaulati, who works with children alleged to have psychological problems in school, usually meaning boys. I decline to recommend it because of its psychobabble, its tendency to discover the obvious at great length, and its Genderallly Correct pronouns, which will grate on the literate. (I mean constructions resembling “If a student comes in, tell him or her that he or she should put his or her books in his or her locker”)
However, a serious interest in the subject justifies slogging through the prose. (The statistics above are from the book.)
The relevent content is that women are making school hell for boys, that they have turned normal boyish behavior, such as enjoyment of rough-housing, into psychiatric “personality disorders.” They are doping boys up, forcing them into behavior utterly alien to them, and sending them to psychiatrists if they don´t conform to standards of behavior suited to girls. The result is that boy children hate school and do poorly (despite, as Gnaulati, says, having higher IQs). This is no secret for anyone paying attention, but  Gnaulati  makes it explicit.
As a galling example he cites one Robert, an adolescent responding badly to classes and therefore suspected by his teacher of having a “personality disorder.”  From the book:

From Jaci, the lady who cuts my hair...


The following is an actual question given on a University of Arizona chemistry mid term, and an actual answer turned in by a student.

The answer by one student was so 'profound' that the professor shared it with colleagues, via
the Internet, which is, of course, why we now have the pleasure of enjoying it
as well :

Most of the students wrote proofs of their beliefs using Boyle's Law (gas cools when it
expands and heats when it is compressed) or some variant.

One student, however, wrote the following:

First, we need to know how the mass of Hell is changing in time. So we need to know the rate at
which souls are moving into Hell and the rate at which they are leaving, which
is unlikely.. I think that we can safely assume that once a soul gets to Hell,
it will not leave. Therefore, no souls are leaving. As for how many souls are
entering Hell, let's look at the different religions that exist in the world
today.

Most of these religions state that if you are not a member of their religion, you will go to
Hell. Since there is more than one of these religions and since people do not
belong to more than one religion, we can project that all souls go to Hell.
With birth and death rates as they are, we can expect the number of souls in
Hell to increase exponentially. Now, we look at the rate of change of the
volume in Hell because Boyle's Law states that in order for the temperature
and pressure in Hell to stay the same, the volume of Hell has to expand
proportionately as souls are added.

1. If Hell is expanding at a slower rate than the rate at which souls enter Hell, then the
temperature and pressure in Hell will increase until all Hell breaks loose.

2. If Hell is expanding at a rate faster than the increase of souls in Hell, then the
temperature and pressure will drop until Hell freezes over.
So which is it?

If we accept the postulate given to me by Teresa during my Freshman year that, 'It will be a
cold day in Hell before I sleep with you,' and take into account the fact that
I slept with her last night, then number two must be true, and thus I am sure
that Hell is exothermic and has already frozen over. The corollary of this
theory is that since Hell has frozen over, it follows that it is not accepting
any more souls and is therefore, extinct..... ....leaving only Heaven, thereby
proving the existence of a divine being which explains why, last night, Teresa
kept shouting 'Oh my God.'

THIS STUDENT
RECEIVED AN A+.


"Well, as I understand it, you can keep [your insurance plan] up to the time -- and I hope this is correct, but this is what I've been told -- up to the time the bill was enacted, and after that, it's a different story. I think that part of it, if true, was never made clear."  ~~Diane Feinstein

We gave him everything...

Perhaps you've seen this one before?  I just received it in an email...
Posted by Blue at 18:24 4 comments:

The Navy Jack is the ‘don’t tread on me’ flag, one that has earned a revered place in America’s naval history and a beloved place in sailor’s hearts, through its use for over two centuries. This symbol of America’s naval ferocity has spanned our country’s entire existence, flying from the masts of the Continental Navy during the war of independence, to today’s War on Terror. In fact, an amendment to the Navy code called SECNAV Instruction 10520.6 clearly states that as of 31 May 2002 all ships are to fly the flag throughout the duration of the War on Terror.
So why would ranking SEAL commanders ban the historical symbol? Is the proverbial top bass banning the flag? Is President Obama?

Follow the link above.  Read the story, then you decide...

Too closely linked to radical groups?  Seriously?
Posted by Blue at 06:23 2 comments: