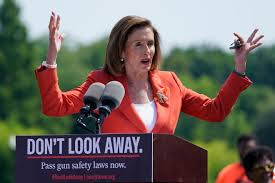 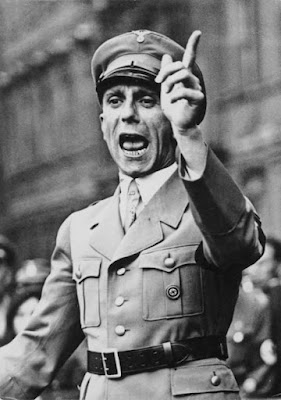 I believe that the Democrats are doing a hell of a job propagandizing January 6th.

It started with Nancy quietly slipping the words "insurrection" and "coup" into the subconscious minds of the public and then running with them the moment she was sure that the media and her fellow Leftists believed that narrative and would be willing to regurgitate it.

Then refusing to allow Republicans to be on the committee unless she was 100% certain that they would tow the Leftist line.  "If you don't agree with me, there is no place on my committee for thee".  Not very democratic.

Now we have the "produced for prime time" televised hearings.  The hearings are obviously scripted and well-rehearsed.  And there is no credible Conservative to provide an honest counterpoint.  It isn't allowed.

These people have propaganda sewn up better than Goebbels had it in the Reich...  They are experts, and it's working, with very few exceptions.

It would be difficult to argue that either Party has the best interests of The People as their priority.  This is 100% Nancy Pelosi going after Donald Trump.

How did politicians become so powerful?

And honestly, I've never been a paranoid person, but I no longer feel safe writing this blog.

What is not arguable is that Rule Of Law died after hillary clinton and susan rice were not charged, convicted and sent to prison for their primary complicity in the murder of Ambassador Chris Stevens. *Whatever the back story.* Also, that America died when mike pence refused to not certify the fradulent election, and allowed the dementia brain addled hair sniffer to be installed in the White House.

What to do? Look to the One who has all authority, as you already do, and trust that He is in control, and He will not forget His plan for you.

My spouse and I absolutely love your blog and find most of your post's very interesting and informative. Thanks for sharing such useful info, and again awesome site!
Online gun deals. One of the largest online gun stores with the selection of handguns, rifles, shotguns, ammo, optics & firearm accessories. https://gunandammocenter.com/