From yesterday's edition of the AIER Newsletter.  I think this is a well-articulated article that most people should be able to read and understand.
I won't deny being surprised when I saw and read this article.  It seems that no one is quite this forthcoming these days.
There was a time when I would have felt comfortable saying that almost any American with the ability to think logically and reasonably, regardless of ideology, might identify with this.  It is, after all, talking about our "way of life", our form of government, our America...  That use to include all ideologies.
But the deal of the day now seems to require Party over principle.
Anyway... 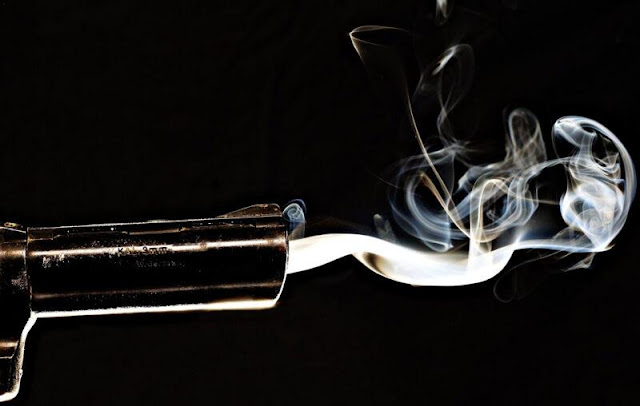 The Declaration of Independence is a fading memory. Where once it was revered as the secular foundation of a people, it’s now seen mainly as a curiosity that, at best, justifies an annual rite of fireworks and potato salad. For a few of us, the Declaration remains a beacon, though it flickers, as a candle on a stormy night.

The most stirring passage offers us to claim our rights to “Life, Liberty, and the Pursuit of Happiness,” but those rights seem sadly alienable today. Complementary passages remind us of what we must do in the face of tyranny. Yet, the Tree of Liberty stands before us, molting and desiccated.

Legal scholar Randy Barnett argues Americans should treat the Declaration as a charter document as weighty as the Constitution. He writes:

[T]he Declaration was considered to be a legal document by which the revolutionaries justified their actions and explained why they were not truly traitors. It represented, as it were, a literal indictment of the Crown and Parliament, in the very same way that criminals are now publicly indicted for their alleged crimes by grand juries representing ‘the People.’

But the Executive has other ideas.

“If you wanted or if you think you need to have weapons to take on the government,” said our aged president recently, “you need F-15s and maybe some nuclear weapons.”

In some ways, Biden’s not wrong. He’s just channeling Thrasymachus. But if Professor Barnett is right, we have a duty to confront a vital-but-uncomfortable question: at what point must Americans take it upon ourselves to revolt?

In other words, what is the revolutionary trigger?

Before howls of Insurrectionist! issue from partisan ventriloquist dummies, I refer to a legal document that, at the very least, warrants seditious questions. Indeed, we’re duty-bound to question authority, whether or not the Declaration is a proto-charter. Under such conditions, another American Revolution might seem paradoxical.

Revolution is in our DNA.

So let’s explore it, moving through the relevant passages, discussing matters as we go.

That to secure these rights, Governments are instituted among Men, deriving their just powers from the consent of the governed,

The consent of the governed. Only those inculcated by the state’s official civics-book authors could argue that democratic voting is consent, much less that submission to power is consent.

In his book When All Else Fails: The Ethics of Resistance to State Injustice, philosophy professor Jason Brennan argues there is no theory of state authority, nor special immunity, without gaping holes that must be filled with F-15s, nukes, and a supportive bandwagon of hooligans. He writes:

Brennan adds that scholars have spent a lot of time and energy trying unsuccessfully to identify that property, and he comes with the receipts.

But what about voters? Brennan adds:

[W]e have good grounds to think that people would believe in government authority even if governments have no such authority. Empirical work generally finds we have a psychological bias to ascribe authority to others, even in cases where there clearly isn’t any. Governments do everything in their power to reinforce that bias.

Not only might it be that an inborn submission instinct governs the masses, but it could also be that authorities feed them a steady diet of civic mythology around voting and elections.

Alas, voting is a Lotto ticket for partisans. That is, the odds your vote will amount to anything are low. If I vote, it’s not consent. If I don’t vote, it’s still not consent. And without consent, there are no just powers.

–That whenever any Form of Government becomes destructive of these ends, it is the Right of the People to alter or to abolish it, and to institute new Government, laying its foundation on such principles and organizing its powers in such form, as to them shall seem most likely to effect their Safety and Happiness.

In the absence of just powers, we have the right to alter or abolish our government.

Now, one might argue that, absent any real consent mechanism, our system allows representatives to alter (amend) the Constitution, which would alter the government at least. But such representation would be neither legitimate nor effective, if one thinks the Declaration is the law.

Prudence, indeed, will dictate that Governments long established should not be changed for light and transient causes; and accordingly all experience hath shewn, that mankind are more disposed to suffer, while evils are sufferable, than to right themselves by abolishing the forms to which they are accustomed.

One can no longer deny our system of government has become destructive of those proverbial ends. So doesn’t it need to be abolished? Maybe we have become accustomed to, inured to, this corrupted form.

"Maybe we have become accustomed to, inured to, this corrupted form."

No, I'm not. I'm just at a loss as to how to fix this. Truly, I'm not afraid to die, especially if it means future generations will benefit. There needs to be a PLAN though. Without one the game is lost before the players take th field...

That whole "you'll need F-15's and maybe some nuclear weapons" thing is a joke. After all, the U.S. HAD these things and still got its ass wiped by a bunch of camel jockeys with ancient weapons and homemade bombs... Indeed, I'm sure King George thought the same thing about those "insurrectionists" in the colonies...

I don't know that a plan is entirely necessary - at least not at first. Look how much havoc the Beltway Snipers wreaked in 2002. Also, read Unintended Consequences by John Ross, if you have not already.