I was reading over at Brock's blog when I came across this post.  A young person today would have no idea what is being talked about in that article.  The Eastern Bloc.  The Iron Curtain.  Those phrases, Eastern Bloc and Iron Curtain may not have been used directly in the article but they are what the article is about.  And Gulags.  100,000,000 dead citizens in the last century.  Killed or allowed to die by their own governments.

We have a nation of uneducated, naive children.

It could never happen here.

I served in an artillery unit with the 3rd Armored Division in Germany from 1972 to 1975.  Our area of responsibility was known as the Fulda Gap.  It was a large flat plain sitting between several mountain ranges east of Frankfurt and was deemed to be the logical place for an enemy to attack.  It was our duty to stop the Russians if they tried to invade western Europe.

The borders between West Germany and her eastern neighbors, East Germany and Czechoslovakia, were manned on both sides 100% of the time.  We watched them watch us watch them.  It was eerie. 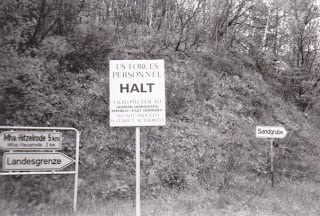 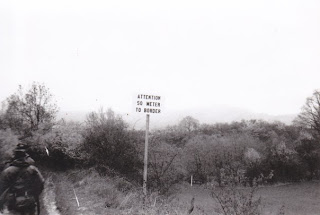 Walls, fences, and wire.  And a clear zone.  Not a place to screw around. 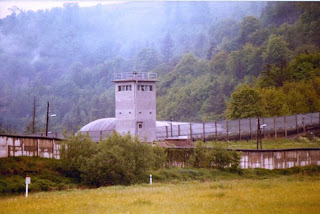 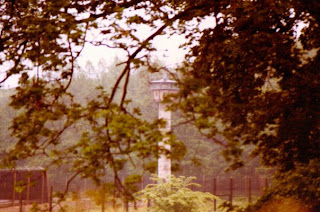 And then there were the towers.

After my first tour in Germany I spent a little over a year at Fort Hood, Texas.  Nothing too exciting there.  I requested transfer back to the "Real Army" in Germany and, surprisingly, it happened.  We were always told that the only way to leave Fort Hood was to ETS or die.  Hmmm....

I went back to Germany and was stationed with a Pershing missle battalion in southern Germany for 3 years.  We still had some border responsibilities, even though you didn't need to be real close to anything to get your point across with the Pershing 1A missle system.  :)

There were towers and walls and wire there too, in Bavaria. 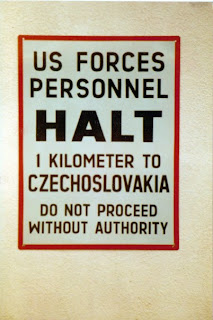 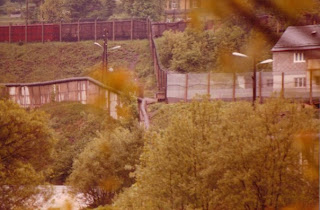 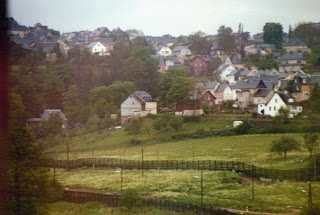 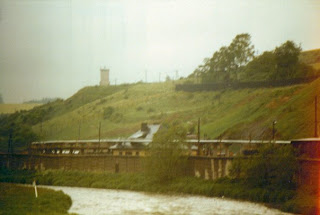 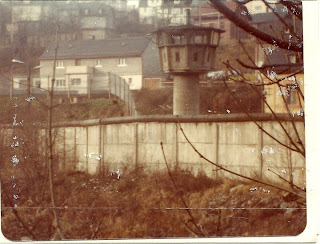 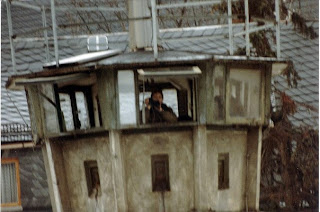 The thing that most kids these days wouldn't understand is that these towers, walls, and wire weren't to keep us out.  They were to keep their own citizens in.  Communists.

But, in the end, the West "won".  The towers and the walls and the wire aren't there any longer.  Communism failed just as it has every time and every place that it has been tried. 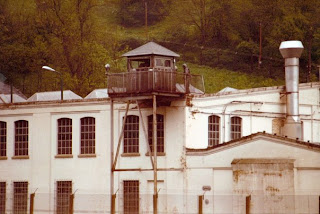 They were to keep their own citizens in.

I was 12 when the Budapest uprising happened, and 17 when the Berlin Wall went up.
I sure hope it can't happen here, but I think Those People In DC are trying to make it happen here.

Bob... I think those people in D.C. are trying to do just that.

When I liven in the Washington D.C. suburbs in the mid-1980s, I let a friend talk me into going to the Hershorn Art Gallery one weekend. It's the modern stuff, so you know it's weird.

But we found a very interesting "sculpture" there, titled "The reason for the Pershing Missile".

Imagine a nickel coin with a paper matchstick on it, representing a Soviet tank. Now imagine 20,000 of those laid out on the floor in a massive phalanx.

It was perhaps the last time I've been impressed by a modern art sculpture.

Yeah, that's what was going to come at you through the Fulda Gap.

Borepatch... We always joked that all we had to do was tie the Russians up long enough for reinforcements to arrive from the States. There were a lot of Warsaw Pact troops in the area all the time. More of them than there were of us.

I wouldn't trade the experience for anything.

Remember fairly well those towers- and the towers my unit was in as well... the shots coming across the border some nights... the 'locals' who decided WW2 was not over and sometimes had a field exercise that included their shotguns and rifles aimed and fired in our direction.
You don't want to be drunk when you start sending lead at a Ranger unit. Results ain't pretty no matter what country you're in.
It was also the first time I saw close up what an M-2 .50 will do to a human body.
To put it mildly, "FUCK this shit, Man- I don't want no part of it!"
Yet as time passes, I see my dotgov doing its best to make me want to remember all I forgot from a time long, long ago.
And for those troops in the EU front- their lifespan is estimated in minutes... their job is hold the front long enough to get troops from here to there. Tough, thankless job and I really wish we'd close every damn base in a foreign nation, let them take care of themselves.

Excellent post, brother. The photos add a lot. I grew up hearing about the Wall and the Iron Curtain, but was really too young to get the seriousness of it all. The older I've gotten, it's slowly dawned on me just how tense things were...I suspect it was similar to the same anxiety the generation coming up will feel over sudden terror attacks.

The lesson of history is that you don't screw around playing footsie with bad guys. Unfortunately, too many of our "leaders" seem to have been asleep during class.

It was like WWIII was always right around the corner.

"The lesson of history is that you don't screw around playing footsie with bad guys"... Perfect!

Thanks for posting this bit of not,almost forgotten history, rather, history that was never known by most people under 40. Why would the public school system teach anything that looks bad for commies to their students?
Just like Vietnam at that time, the whole idea was to contain them there so we wouldn't have to fight them here. Unfortunately , they, are here now and its just a matter of time before we will fight them and their minions again.

You guys may also find this story interesting. It would explain alot of whats is happening.

SFMEDIC... "...history that was never known by most people under 40."
~~
Exactly. No one in the American public school system is going to teach about the failure of Communism/Socialism/Marxism when that system is the plan that the elites have for us :)

The link you sent was excellent. The comments were excellent. There is a lot of logic in what's being said (and not said) in that article. I'm thinking it should be a blog post :)