So, I'm reading this post over at Brock's place and I follow the link to Kenny's post over at his place.  And then I read the comments.

Wouldn't you think that if DHS were doing something totally above board they would want to publicize it as much as they could in order to get the support of the (gullible) people and to strike fear into the hearts of any would-be terrorists out there?  Wouldn't you think that there would be press releases from DHS, the local police force, the City Council, the County Commissioners, etc.?  Shouldn't there be some sort of communication blowing sunshine up the asses of the (gullible) people to prevent panic?  Perhaps a little Psychological Warfare to get the (gullible) people on the side of the government and to get some good training for the PsyOps operators?

A couple of the comments over at Kenny's place mention that this type of DHS presence is occurring in other cities, too.  Apparently the same situation in those places.  No one really knows what DHS is doing there and the "officers" are arrogant assholes.  The tactics seem to be the same...  Patrol Cruise around in force and attempt to intimidate the citizens.

1.6 billion rounds of .40 S&W hollow points, not to mention large quantities of other calibers, not intended for the military? 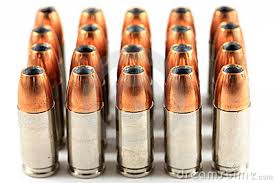 Drones to fly over our country to "watch us"? 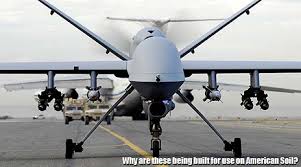 Surveillance cameras on every street corner.

How many of you know whether or not your driver license photo is put into a facial recognition data-base?  If you are from Iowa, it is. Also, all of your pertinent data is stored on that little electronic strip on the back and in some data base on some computer in some government computer bank somewhere...  No shit. 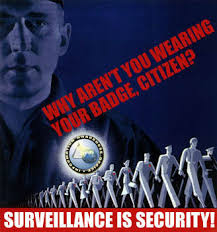 Even if the 1.6 billion rounds is a 5 year purchasing deal to secure a low price, as claimed by DHS, it's enough ammo to last them about 200 years at normal training and duty carry levels.  What was the analogy about Iraq and Afghanistan?  Enough ammo to last 20 years there?

One of the other comments I read "somewhere" mentioned the murders of the Vietnamese leaders by the Communists in Hue City, Viet Nam.  The Communists knew who they were looking for and knew where they lived.  They went in at night and arrested them, then murdered them.  Same thing happened during the years when Hitler was consolidating his power in Germany and again throughout the Soviet Union when the Communists wanted to secure their power there.  They knew who they wanted, they knew where they were, they just went and got them when the time was right.  It happens during every government takeover.  Prevents (or minimizes) an uprising and possible revolution, ya know...

Lets say, for the sake of argument, that the PTB wanted to silence 500 or so Conservative bloggers.  You know, people who are a pain in the administration's ass.  500 isn't very many.  Hell, 1000 isn't very many.  10 or 20 per state.  Do you think it could be done in one night?  Do you think they could make up some plausible story about terror cells that "had to be taken down" or something?  They simply remove the potential leaders of any potential resistance movement in the middle of the night. No one is the wiser.  Do you suppose "the people" would connect the dots?  Do you think it would even make the news?  Do you suppose that they know who those bloggers are?  (Do you believe that you're not on "a list" somewhere?  LOL)  Heck, they could make up a story about the bloggers being crazed dangerous gun owners and use it as fuel to advance their gun control fire.  Do you suppose its happening right now?

“And how we burned in the camps later, thinking: What would things have been like if every Security operative, when he went out at night to make an arrest, had been uncertain whether he would return alive and had to say good-bye to his family? Or if, during periods of mass arrests, as for example in Leningrad, when they arrested a quarter of the entire city, people had not simply sat there in their lairs, paling with terror at every bang of the downstairs door and at every step on the staircase, but had understood they had nothing left to lose and had boldly set up in the downstairs hall an ambush of half a dozen people with axes, hammers, pokers, or whatever else was at hand?... The Organs would very quickly have suffered a shortage of officers and transport and, notwithstanding all of Stalin's thirst, the cursed machine would have ground to a halt! If...if...We didn't love freedom enough. And even more – we had no awareness of the real situation.... We purely and simply deserved everything that happened afterward.”
― Aleksandr Solzhenitsyn

Of course, the current Administration is far too ethical and moral and law abiding to even consider doing such a thing.  You can rest easy, friends.  It couldn't happen here.  :)

Just something to think about. 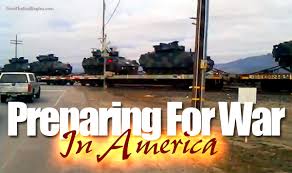 All the while, shamelessly pushing a bogus gun control agenda to restrict or eliminate the 2nd Amendment rights of the Law Abiding Citizen.  Do criminals, the people who commit crimes, give a shit about the law?

Can you think of any reason why our government would possibly want to restrict or eliminate the Second?  It's for the children, ya know.

My take on gun control... 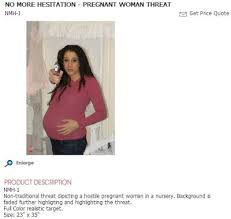 Really, though...  There is nothing to see here.  Move along.

And no one cares.  Half the population believes its great.  Security, protection, blah, blah, blah...

"If you aren't doing anything wrong, why are you worried about it?"

"We can evade reality, but we cannot evade the consequences of evading reality" ~~Ayn Rand

...and they don't say anything about it unless you ask. I've worn glasses since I was in fifth grade and I have always left them on for a DL photo, but when they asked me to take them off for my DL photo I questioned (imagine that, lol) that and they told me.
Miss V

Miss V. ... My wife had exactly the same experience at the DOT. They told her to remove her glasses and to refrain from smiling for her picture. She asked why? (bless her heart) They told her it was for the facial recognition software.

Concerning the Hue comment. Although it isn't of grave importance, they were not able to complete the killing in one day as mentioned.

"While the assault troops trained for the battle to come, VC intelligence officers prepared a list of "cruel tyrants and reactionary elements" to be rounded up during the early hours of the attack.[8] This list included most South Vietnamese officials, military officers, politicians, American civilians, and other foreigners. After capture, these individuals were to be evacuated to the jungle outside the city where they would be punished for their crimes against the Vietnamese people."

"While the PAVN and VC assault troops roamed the streets freely and consolidated their gains, political officers began a reign of terror by rounding up the South Vietnamese and foreigners on the special lists. VC officers marched through the Citadel, reading out the names on the lists through loudspeakers and telling them to report to a local school. Those that did not report were hunted down.[11] The detainees were never seen alive again; their fate was not apparent until after the U.S. and South Vietnamese forces recaptured the Citadel and nearly 3,000 civilians were found massacred and buried in mass graves."