Something about a Battleship...

There is just something about a Battleship... 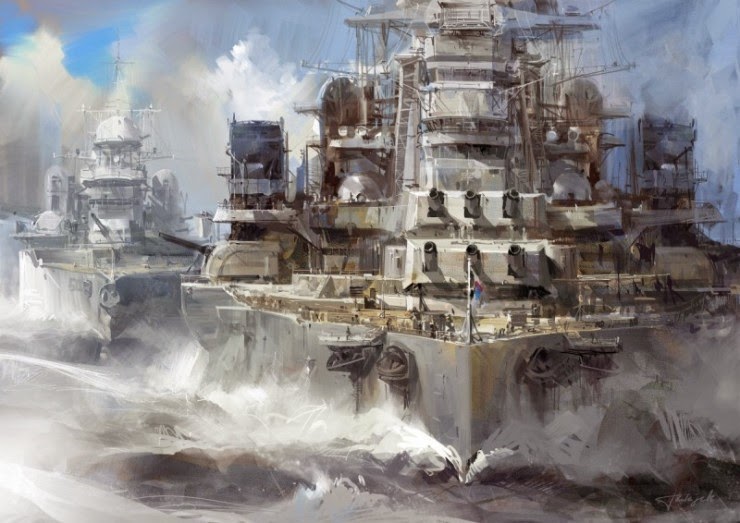 During the 3 1/2 years of WWII that started with the Japanese bombing Pearl Harbor on December 7th, 1941 and ending with the German surrender in the spring of 1945...

"We the People of the USA" produced the following:

We put 16.1 million men in uniform in the various armed services, invaded Africa, Sicily and Italy, won the Battle of the Atlantic, planned and executed D-Day, marched across the Pacific and Europe, developed the atomic bomb and ultimately conquered Japan and Germany.

It is worth noting that, given almost the exact same amount of time, the obama administration hasn't even been able to build a website that works properly.

East Of The Pecos said...

Not only did the Greatest Generation build all this, many of them willingly gave up the raw materials to do it.
Scrap drives, rationing of commodiites such as gasoline, sugar. copper. lead, aluminum, rubber, and the list goes on....
I can't even imagine what would happen today if we were asked to make even one of these sacrifices.
Imagine the hue and cry that would ensue if the newest iGadget couldn't be released because of rationing.

I have thought about that before, too... Ask some of today's folk to sacrifice... Holy crap! It would never happen. :)

Dateline 1947: With the environmental impact study of the effects of "war" completed it has been determined that such would have a detrimental effect on the environment and will not be pursued.

"War is not healthy for children and other living things"

But sometimes violence is the answer and war is necessary ;)

And, yet, they keep telling us that there is no way we could round up a bunch of illegal immigrants and transport there asses out of the country.

I think we could, if we were willing to try...

Eisenhower did it - had his veteran buddy out of the 82d Abn complete that task. (I especially like the part where he'd put the illegals on buses and take them so far into the interior of Mexico, it took them years to get back. So, it can be done - IF WE WANT TO. Turn 'em over to the drug cartels. If Mexicans can do that to their own "citizens", why should we feel guilty?

I would feel no guilt.

They can't even do a budget!