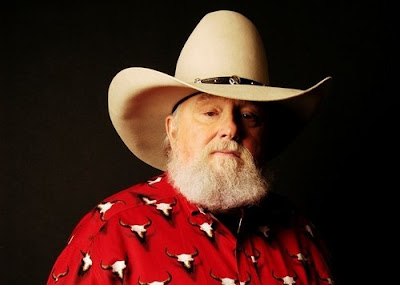 Probably the hottest and most contested and least understood issue in the United States of America today is gun control.

Guns are dangerous and should be controlled, they should be kept out of the hands of those who would use them to intimidate or do harm to other human beings. And therein lies the problem and the misunderstanding.

When you say assault weapon, a lot of people think of it as something they have seen Arnold Schwarzenegger use to level half a regiment in one of his "I'll be back" movies. The truth of the matter is that the caliber of what is being described as an assault weapon is the same, or even smaller than a common hunting rifle.

In this age when you can find instructions on how to build a homemade bomb or even an atomic weapon on the internet, what makes anybody truly believe that even if every gun in the nation was miraculously confiscated, it would be anything but a bump in the road for people who are demented and evil enough to commit mass slaughter.

Look at the Aurora, Colorado movie theater massacre “suspect”, James Holmes. He had wired his apartment with enough explosives to kill anyone who tried to enter. He could have just as easily walked into the midnight showing of The Dark Knight Rises with homemade explosives and killed just as many as he did that night, if not more.

In the first place, no matter how much effort and good intentions were put forth, the people who are killing, robbing and intimidating would never give up their guns. And since they obtained them illegally anyway, there is no record of the purchase so the government wouldn't even know where they are; only law-abiding citizens register their guns; so only their guns would be taken away leaving them helpless, with no real protection from home invasions and the terrorist attacks that are going to take place on the streets of America in the future.

There will be those who will read this, scoff and call me an alarmist, saying things like,
"Nobody wants to take your guns away, we just want to get the assault weapons off the street". That is liberal speak for, "We'll settle for this right now, it’s a good starting place. We'll be back with another increment soon."

Probably the most rampant misunderstanding about firearms is the belief that the Second Amendment of the Constitution is meant to insure the rights of Americans to hunt and shoot targets, while it's actual intent is to give free men recourse against the government, should it become tyrannical and begin taking away the other rights the constitution guarantees.

Here are the exact words:

“A well regulated Militia, being necessary to the security of a free State, the right of the people to keep and bear Arms, shall not be infringed.”

If you notice, no caliber, size or number of weapons is mentioned. So according to the Constitution, there can be no law against citizens owning and bearing - if necessary - firearms.

There are, however - on state and federal levels - many laws against convicted felons owning weapons or anybody obtaining them illegally.

Hasn't worked too well, has it?

Face the facts America, the problems caused by guns in America are not the ones locked away in the homes of law abiding Americans, but the ones bought out of the trunks of cars in the inner city and otherwise illegally obtained.

Drugs and guns go hand in hand, find a drug dealer and you'll find illegal guns, heavy calibers that you will not find in the gun cabinets of law abiding citizens.

Street gangs are becoming like armies, armed with weapons they have bought illegally and are used to terrorize whole neighborhoods, while the citizens who live in those neighborhoods can't even legally buy a hand gun to protect their homes in these high crime areas, and this is a microcosm of what a disarmed America would become.

Good people cowering in their homes, afraid to walk the streets, afraid to send their children to school, unable to carry on any semblance of life, liberty and the pursuit of happiness promised them by our forefathers.

You can believe this now or you can believe it later, but believe it you will. There is going to be an all out and concentrated effort to end private ownership of firearms in America and the people responsible are powerful, relentless and have all the awesome power of the federal government on their side.

They are willing to trample the Constitution and the rest of the federal papers and accomplish their goal by hook, crook or presidential decree, ride roughshod over a duly elected but gutless Congress and suspend and subvert any state law, look at Arizona.

When things have gone that far there will be no recourse to the everlasting shame of the Supreme Court, except for a couple of good men; they have become little more than a lapdog of the Obama administration and will become even more so as Obama makes more appointments and a gonadless Senate confirms them.

If you notice, the high profile proponents of banning private ownership of firearms are all wealthy enough to hire protection and live in highly secured neighborhoods.

But what about John Q. Public? What is he supposed to do when heavily armed thugs are breaking in his door and the government has confiscated his protection?

Close his eyes and hope they go away?

There’s an old saying that goes, “When seconds matter, the police are only minutes away.”

What do you think?

Pray for our troops and the peace of Jerusalem