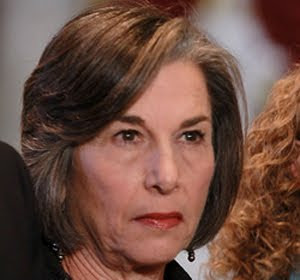 Illinois Democratic Congresswoman Janice Schakowsky wants to make one thing very clear … the attempt to ban so-called ‘assault weapons’ is only the beginning of the planned attack on the Second Amendment.
Schakowsky made these comments to a reporter at the One Billion Rising Women’s Rights Rally in February.
Referring to the Sandy Hook tragedy as “a moment of opportunity,” Schakowsky went on to say that “everything [is] on the table … There’s no question about it. We’re on a roll now, and I think we’ve got to … push as hard as we can and as far as we can.”
When pressed on exactly what that meant, Schakowsky noted that her choice for the next ban would be handguns, followed by allowing individual communities to deny Second Amendment rights to those who live or travel within their boundaries.

Read the entire article and watch the video here.

Have you ever noticed these gun control freaks always look so unhappy and sour? They really should take some time and go to the range for a fun day. ;)
Miss V

It must suck going through life always unhappy.