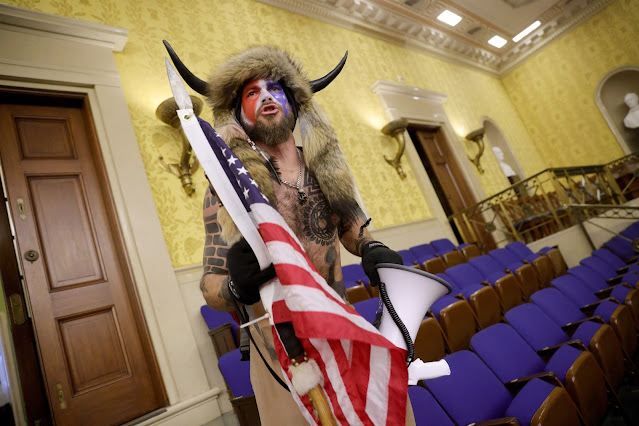 My God.  How fucking stupid can people be?

There was no coup attempt, no attempt to overthrow the government.  Just stop!  Just fucking stop!

Who was standing by to be put into power if the coup were successful?  Trump?  LOL.  He has become a pariah.  Ineffective.

And the folks from Jon Under the Bridge all the way to Man At The Top lose credibility every time  that lie is repeated.  It makes them sound stupid.  Please, use your heads.

It was a bunch of people who let their emotions get the better of them and who took advantage of the opportunities presented to them when Capitol Police stood back and watched.  Honestly, with all the emotion and the stupid and the lack of self control, they were acting like a bunch of Liberals.  Breaking in and breaking things.  Except that they were less destructive and less hateful than Liberals.  (Again, last summer...)

And now...  "A court filing in the case of one of the accused Capitol rioters says “strong evidence” suggests that their intent was to capture and assassinate members of Congress."

You'll have to read the article.  They are saying that Headdress Man was planning to capture and kill members of Congress.  But they admit that they have no evidence of that.  Read the article.

This story is being carried all over the place.