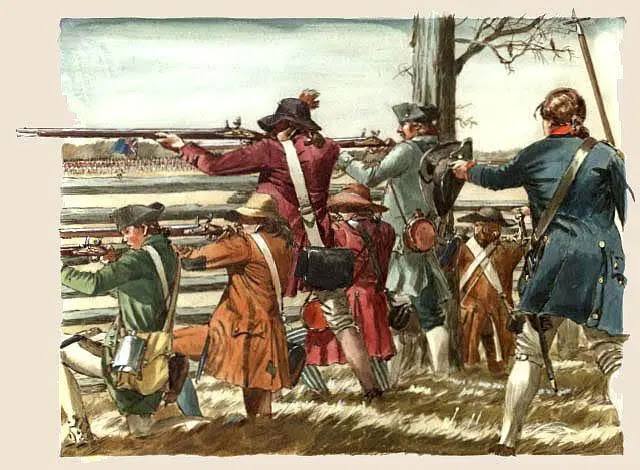 Thousands of police and soldiers – people professionally trained in the use of violence and familiar with military protocols – are part of an extremist effort to undermine the U.S. government and subvert the democratic process.

According to an investigative report published in the Atlantic in November into a leaked database kept by the Oath Keepers – one of several far-right and white supremacist militias that stormed the U.S. Capitol on Jan. 6 – 10% of Oath Keepers are current police officers or military members. Another significant portion of the group’s membership is retired military and law enforcement personnel.

The hate group – founded by a former Army paratrooper after Barack Obama’s 2008 election – claimed “an improbable 30,000 members who were said to be mostly current and former military, law enforcement and emergency first responders” in 2016, according to the Southern Poverty Law Center.

The Three Percenters, another militia present at the Capitol on Jan. 6, also draws a substantial portion of its members from law enforcement, both military and civilian. Larry Brock, a pro-Trump rioter arrested with zip-tie handcuffs, allegedly for taking hostages, is a retired Air Force lieutenant colonel who posted content from the Three Percenters online.

The Conversation.  One of the daily newsletters that I receive,and often read...  lol.  They bill themselves as apolitical.  They aren't.  Like so many other "neutral, unbiased" sources The Conversation has proven at times during these past 4 years to be anything but...

Notice that they aren't allowing comments on this article.  There is so much misinformation included in the article that the author would be unable to defend his writing.

But my point is simply that the pogrom to eliminate the political Right in this country appears to be beginning...

I don't keep up with the Militia business in this country.  I have no idea who is who or what is going on.  I'm not sure I care.  Other than when people write articles like this one, articles whose only intention is to strike fear and denigrate the Right...  I'm old...

We will have a new President in a couple of hours and I simply pray for the health and safety of our nation.  There will likely be a lot of change, much of it will be contrary to the desires and beliefs of my friends on the Right.   ol' "Unity and Cooperation Joe" won't do much to promote unity and cooperation.  He will push the Progressive agenda, because that is what his bosses demand of him.

The left is attempting to demonize anyone and everyone who isn't loyal to their treason and sedition. The goal is to remove ANYONE not totally loyal to THEM from any position of power. They seek to replace ALL LEO with their own version of the Gestapo and Schutzstaffel....their own brown shirt enforcers loyal to THEM......not the country or the Constitution. And a constant drumbeat by the media accusing people of being a "range to democracy" is part of the plot....the lefts favorite tactic, accuse the opposition of what they are guilty of.

Dan... I don't disagree with any of what you have said. The Democrat Party and what they have come to stand for scares me, I won't lie. That said, I do believe that 'ol Joe is a Moderate, a middle of the road guy. I honestly don't know what to think... He certainly is not surrounded by Moderates and, if I'm correct in my belief that Joe is a Moderate, I'm not sure he has the strength or force of personality to overcome those around him. So much of what happens is about appearances, about optics... People like Harris and Susan Rice (if she actually becomes a cabinet member) scare me more than 'ol Joe. It's his advisors who give him ideas. Like I said, I am praying for our country. I worry about our Constitution, our Bill of Rights, attempts to weaken the protections afforded by The Second, as well as by the First, Fourth, Fifth, and Sixth. I pray that they don't try to do anything stupid with the Supreme Court. I honestly will not put anything past them, but... We shall see.

Slow Joe is only a "moderate" when compared to the raving fanatical leftists that surround him. And that "moderate" stance is compromised by his obvious senile dementia. He was propped up as the candidate because he was viewed as "moderate". And the ugly reality is half or more of the voting population are morons who fell for the lefts lie. Too stupid to see reality....that he is nothing but a meat puppet. Biden....like his fellow puppet Obozo the SCOAMF have ZERO input in the decision making. ALL decisions are made behind the scenes by UNELECTED and when possible anonymous power mongers. As long as they obey, parrot the lines given them and don't rock the boat they get to keep the title and perks of office. Step out of line, start drooling in front of the cameras....they are GONE by whatever means necessary. To regain freedom America is going tom have to hang hundred of politicians but more importantly THOUSANDS of UNELECTED and faceless bureaucrats, influence peddlers and sting pullers will need to be eliminated. For more than half a century the commie left has infiltrated EVERY important organization and institution. Removing them will be like removing a cancer. It will require extensive pain and suffering, massive loss of blood, perhaps the death of the patient....but without the drastic necessary action the patient...America and freedom...is doomed anyway.

Dan... Not enough people are willing to believe that powerful people with money, sitting out of sight, control the politicians that "run" the government. Pulling that curtain back would do a lot to facilitate change back to a "Democratic Republic".