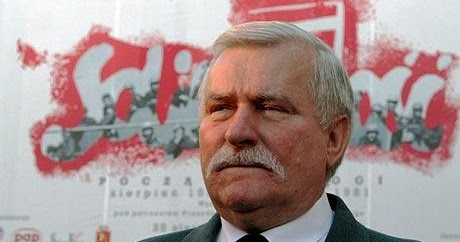 Former Polish President Lech Walesa said that although President Obama’s entry onto the world stage was accompanied by hope, he has turned out to be a dangerous disappointment as a leader.
“When he was elected… there was great hope,” Walesa told CNN. “We were hoping Obama would reclaim moral leadership for America,” adding: “That failed.”
Walesa, the 1983 Nobel Peace Prize recipient, was being interviewed by CNN for a spot that aired Wednesday. The famous anti-communist is now the subject of a major motion picture, “Walesa: Man of Hope.”
“In terms of politics and morality, America no longer leads the world,” he said. “America did not regain its leadership status. We were just lucky there were no big conflicts in the world.”
A strong America had always provided a balance of power to the world, Walesa said.
“It’s a dangerous situation, so we are awaiting a president who will understand that,” he said.

I think ol' Lech is right.

How sad it is that a foreign dignitary in some distant nation far across the ocean has a better view of our current situation, than those within our own government, or even those among our own citizenry.

Lech has a lot of experience with identifying people like obozo.

I followed the Solidarity movement as best I could all those years. I have to hand Mr. Walesa my respect and admiration. NONE for our man in the White House!

John... I agree. What is also sad is the number of those within our own government and citizenry who do nothing about it.

Grog... He certainly does.

Bob... 100% in agreement with you. I always thought Mr. Walesa was a courageous soul. Didn't always agree with him, but did believe that he was a gift to the Polish people at the time when they needed him most.